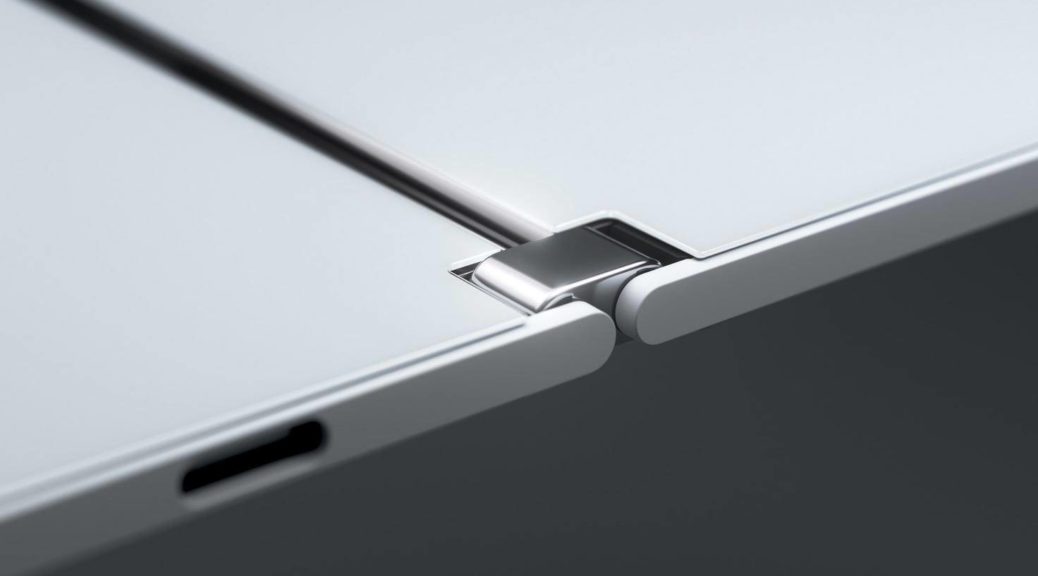 The Microsoft Surface Duo is finally coming to Germany. The dual-screen smartphone will officially be available to buy in Germany from February 18.

After five months of waiting, the time has finally come: The Microsoft Surface Duo smartphone is also being released in Germany. As the manufacturer announced in a press release on Thursday, sales in this country should start on February 18th.

The Surface Duo is Microsoft's first smartphone since the Lumia series, which was discontinued in 2017. In contrast to previous devices, the manufacturer is pursuing a completely new approach with the new model. The Surface Duo is a dual-screen smartphone that is equipped with two 5.6-inch AMOLED displays. These can be used either as individual screens or as a large 8.1-inch display. Thanks to a 360-degree hinge, the device can be used in a variety of ways – for example in a tent mode.

The hinge allows the display to be folded over 360 degrees. Image: © Microsoft 2021

The design and feel of the aluminum case itself is very reminiscent of the well-known Microsoft Surface tablets. A fingerprint sensor is available for unlocking, which is located on the side of the housing. When folded, the Surface Duo is 9.9 millimeters thick; when it is unfolded, it is only 4.8 millimeters. This means that the device is significantly slimmer than the Samsung Galaxy Z Fold2, for example.

An octacore processor of the Snapdragon 855 type works inside the smartphone, which is flanked by 6 GB of RAM and optionally 128 or 256 GB of data storage. The built-in battery has a capacity of 3,577 mAh.

The camera setup looks rather spartan compared to other current smartphones. The device only has a single lens. The main camera has a resolution of 11 megapixels and has an f / 2.0 aperture. Videos are recorded in Ultra HD resolution at a maximum of 60 frames per second. Since the camera is located on the inside of the device above the screen, it also serves as a selfie cam.

The bottom line is that the equipment can best be described as functional. It becomes clear that Microsoft is not about setting specs records. Instead, the focus is on productivity.

Trimmed for productivity with the software

In addition to the dual screen, the second great feature of the Surface Duo is the operating software used. Unlike in the past, Microsoft no longer relies on a smartphone version of Windows, but on an adapted version of Android in which Microsoft's own apps and services play a central role.

Among other things, thanks to the two separate screens, the Surface Duo enables you to display and use two apps in parallel. Especially apps like Office, Edge, Outlook, Teams, OneDrive or OneNote have been adapted for the Surface Duo and its two displays. Various elements such as images or documents can be moved between the apps using drag and drop. Individual apps such as OneNote can even be used on both screens at the same time, with notebooks and tabs displayed on one side and the contents of the selected folder on the other.

The focus of the Surface Duo is clearly on productivity. Image: © Microsoft 2021

That indicates a clear focus on productivity and business use. This impression is reinforced by the support for pen input. According to Microsoft, the Surface Pen and the Surface Pen Slim should work with the device.

In principle, the entire Google Play Store with its huge range of apps is also available to all users. Here, by working with Google, the manufacturer is avoiding the poverty of apps that earlier Microsoft smartphones suffered from.

The Surface Duo is offered in Germany for an MSRP of 1,549 euros for the 128 GB version. The model with 256 GB data storage costs 1,649 euros. As mentioned at the beginning, sales start on February 18th. The devices are offered in stores exclusively at Saturn and MediaMarkt.