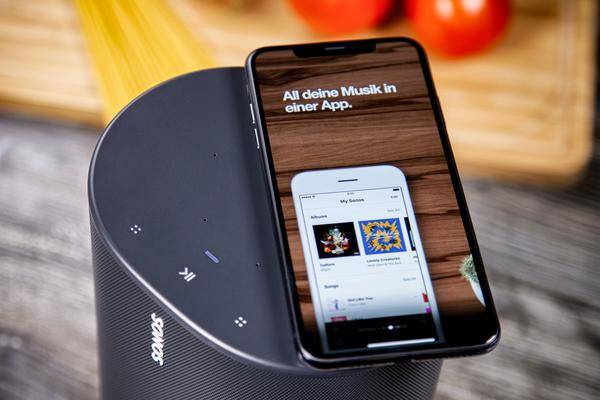 An ominous device called "Sonos S27" has now appeared at a US regulatory authority, which is likely to be a new speaker from Sonos. There is speculation about a Sonos Move Mini, a more compact offshoot of the portable speaker.

According to The Verge , the still unknown model is called "S27" in the US FCC. It is said to be the second portable speaker with an integrated battery from Sonos. It is still unclear whether this refers to the Sonos Move Mini – at least the stored data suggest it. Accordingly, the "Sonos S27" will have a wireless charging dock and will support Bluetooth and WiFi 5. In addition, the energy consumption should be lower, which suggests a much more compact speaker.

The round label and the fact that it can be seen on the underside of the case suggest a device with a cylindrical shape, as is the case with Bluetooth speakers such as the UE Boom. The Sonos Move is the manufacturer's first loudspeaker that can also be used outside without any problems, in this case the connection between smartphone and speaker is via Bluetooth. It delivers a clear, full sound, but with a weight of around three kilograms is anything but lightweight. The Sonos Move Mini could fill this gap.

When and whether Sonos will show a smaller offshoot for the Sonos Move is not known. The registration in the US registration authority suggests an early introduction.