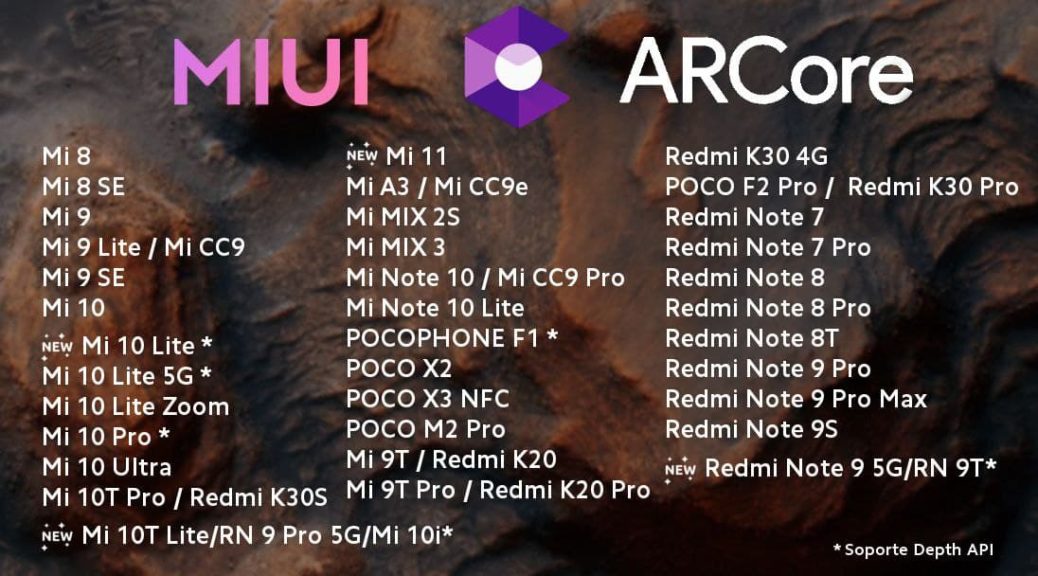 Google's ARCore platform has become one of the biggest references in the augmented reality sector, gradually including a wide variety of compatible mobile devices, among which we now find four of the latest Xiaomi smartphones .

In itself, Google has just given official support for its augmented reality platform, also known as Google Play Services for AR   to several Xiaomi devices among which we find the recently launched, Redmi Note 9T . 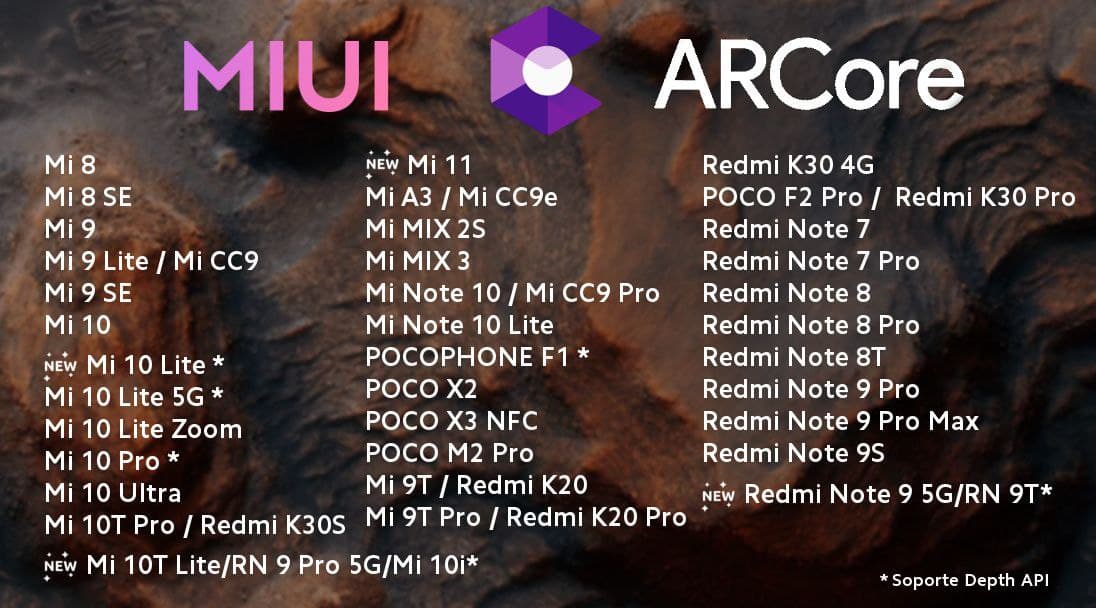 In turn, these devices coincide with the Redmi Note 9 Pro 5G , Xiaomi Mi 10i and Redmi Note 9 5G , names that take these according to the market where they are sold, be it China or India.

Undoubtedly, very good news that shows once again that Google's ARCore is not only intended for the high-end , but that it is compatible with cheaper terminals such as the Redmi Note 9T, which also receives support for this augmented reality platform. in record time.