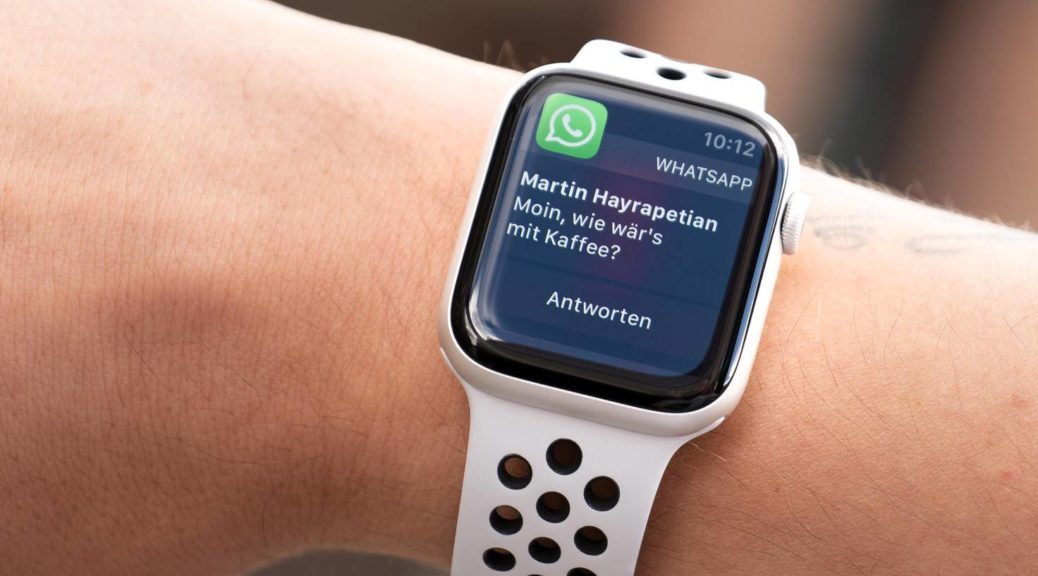 Does the battery of your Apple Watch always run out quickly? We give you a few tips on how to extend the life of your smartwatch.

Switch off the always-on display

It is certainly one of the top features of the current Apple Watches: the always-on display that shows information such as time or date, even when the wrist is down. The function is available on the Apple Watch Series 5 and Series 6. However, the always-on display is also a small drain on the battery, although Apple is already working with tricks such as lowering the refresh rate. So if you have problems with the runtime of the Smartwatch, you should switch off the function activated by default. There are two ways to do this:

Use a dark face and reduce the brightness

Our second tip also relates to the display of the Apple Watch – after all, like the smartphone, the screen is the biggest drain on the battery when using the smartwatch. To get a few more percent out of the battery, you can use a rather dark dial, where the OLED display does not have to turn on as many pixels. A dark dial should use less energy than a very light or colorful dial. The clock face is changed as follows:

On the other hand, you can simply lower the brightness of the Apple Watch … unlike something the iPhone does, the Smartwatch does not do this automatically. There are two ways to turn the brightness down:

Not every app has to be allowed to display notifications on the Apple Watch. Picture:

The Apple Watch is so practical because you can read notifications on it without having to constantly take your iPhone out of your pocket. However, the constant receipt of push notifications (and the lighting up of the smartwatch display) can also be a real battery eater.

Walkie-talkie calls on the Apple Watch are unusually heavy on the watch's battery. Image: © Apple 2018

In order to save battery power on your Apple Watch, you should refrain from making calls or walkie-talkie calls directly via the smartwatch. Such phone calls with the watch are a cool and futuristic feature, but they drain the Apple Watch's energy storage device very quickly. Longer conversations in particular should therefore be better conducted using the iPhone. By the way: Incoming calls on the Apple Watch can be rejected very easily by covering the screen with the palm of your hand.

Music streaming with Spotify and Co. consumes a lot of energy. Picture:

If you want, you can sync your music between iPhone and Apple Watch and even listen to songs without a smartphone with compatible headphones. However, an active media player on the Apple Watch sucks on the battery, especially when you're running a training session at the same time. The energy consumption is even greater if you stream songs via Apple Music or Spotify with an Apple Watch with a cellular connection.

Especially owners of an Apple Watch 4 or older who do not yet have an always-on display, could improve the battery life by changing the display activation. Usually the screen always lights up as soon as you lift your arm. However, you can also deactivate this feature and thus save energy. For example, the display only comes on when you press the crown or tap the screen.

The more complications that are displayed, the higher the battery consumption can be. Picture:

The more information, in addition to the time, is displayed on the Apple Watch screen with complications, the more energy is consumed. The reason: The Apple Watch has to query information such as the weather, Google Maps and the like from other apps, which uses battery. Complications that are rarely needed should therefore be deactivated.

Turn off background updates for apps

Similar to the iPhone, the Apple Watch also has a background update for apps by default, so that the applications always have the latest content when they start. However, if the Apple Watch battery runs out quickly, you should deactivate this option. Warning: Apps with complications on the watch face will continue to be updated even if the background update is actually switched off.

Pay attention to the Bluetooth connection

The Apple Watch should ideally be connected to the iPhone via Bluetooth (Low Energy). Therefore, make sure that Bluetooth is activated on your Apple smartphone. This can be checked in the control center or under "Settings> Bluetooth". If Bluetooth is switched off, the Apple Watch will connect via WLAN, which, however, consumes significantly more energy.

Use power saving mode during exercise

Many users may not even know a clever battery-saving feature of the Apple Watch: the power-saving mode during training. This deactivates the integrated heart rate sensor during walking and running training, which can significantly extend the running time of the smartwatch. However, this can make some calculations for energy consumption during exercise less precise. By the way: external heart rate monitors connected via Bluetooth are not affected by the power-saving mode.

You can also turn off the following not really essential functions to save some battery life. Deactivated individually, there will hardly be a difference. However, if you switch off several, this can certainly extend the duration. However, you should weigh up whether you are not sacrificing too many functions. You could try the following features:

For emergencies only: use power reserve

Thanks to the power reserve, the Apple Watch only shows the time. Image: © Apple 2021

In this mode, the Apple Watch is reduced to the essentials: the display of the time by pressing the side button. Otherwise the Smartwatch and the iPhone will no longer communicate with each other and you will not be able to use any other functions of the Apple Watch.

If you wish, you can also switch the power reserve on manually by opening the control center on the Apple Watch by swiping upwards, tapping the percentage display, moving the slider to the right and finally confirming with "Next". To switch off the power reserve again, you have to press the side button for a long time until the Apple logo appears on the display and the smartwatch restarts.