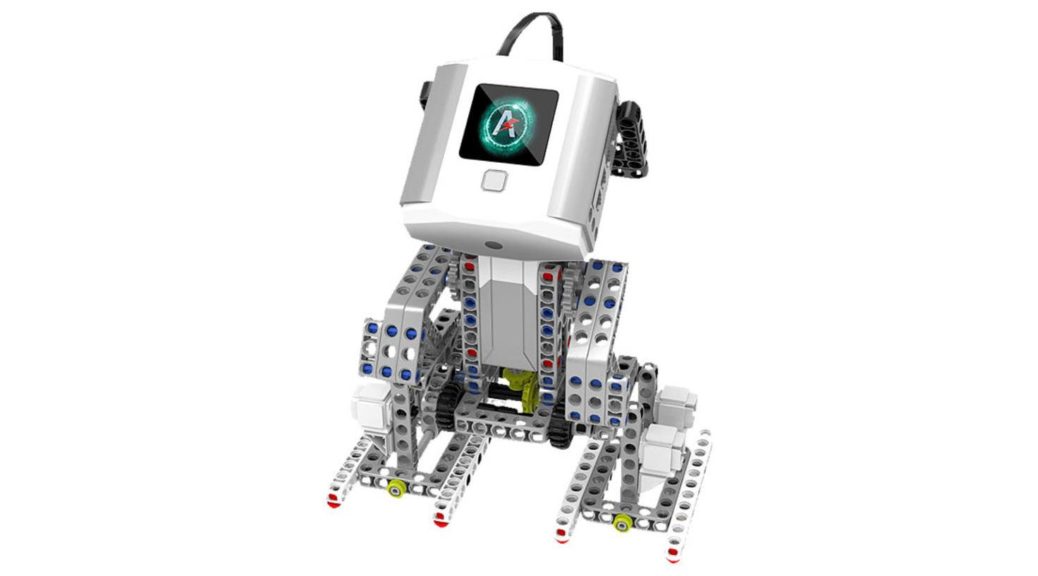 It is never too early to start programming – even children can be introduced to coding. There are many gadgets and robots that help kids learn the basics of programming with ease. We have put together six clever learning robots for you.

The Abilix Krypton 2 is a robot set that promotes creativity and logical thinking – and at the same time teaches programming in three languages. The connection between the robot and the smartphone is via an integrated WLAN module, and the construction itself is child's play with the help of the manual – which can be found in a multimedia 3D app.

In addition to step-by-step instructions, the app also includes a sample program for a range of activities that the machines can perform. You can program the behavior and appearance, for which numerous options are available – a total of 723 blocks enable 29 different projects. Suitable for children from 3 years.

With the DJI Robostermaster EP, the well-known drone manufacturer has an all-in-one solution for STEAM-based classrooms on offer. The teaching robot is aimed at older children who can use it to implement AI and programming projects.

The robot scores above all with powerful hardware: The model has a robust robot arm and a reliable gripper. Inside, a powerful processor does its job, which also supports the intelligent control unit. Image transmissions with high resolution and low latency are just as possible as AI computing and parallel programming.

With the DJI Robomaster EP you can also implement more complex AI projects. For example, the robot can be programmed as a goalkeeper who automatically fends off balls. With the help of the TOF module and vision sensor, the robot can detect and track movements, for example, and avoid obstacles – the possibilities are therefore virtually unlimited.

Thanks to ingenious object recognition, it can be programmed so that it automatically recognizes objects lying on the floor, picks them up and transports them to you. The Robomaster EP from DJI is not a bargain, but the robot is quite powerful and anything but a toy.

The little robot is equipped with a variety of sensors, including for light, sound and navigation, and shows its strengths in combination with its Rocky chassis. He can easily recognize colors, avoid obstacles and follow lines.

Students can use Codey Rocky to learn the basics of robotics and to learn about mechanics and electronics. Even the principles of artificial intelligence and the Internet of Things can be learned with the clever robot.

The Kosmos Chipz is equipped with two motors and infrared sensors and offers intelligent game modes. The learning robot can easily recognize objects in follow-me mode and follow its owner, for example. In the Explore mode, on the other hand, the clever gadget evades objects independently. Even an opaque labyrinth poses no difficulties for the Chipz cosmos.

Even assembling the more than 100 parts is fun, then the little guy with six legs and great sound and light effects will entertain you. The instructions contain a comic story and thus bring the basics of robotics and physics closer in a playful way. The gadget is aimed at children between the ages of 8 and 14 years .

The Anki Cozmo shows feelings – at least virtually via its LC display. The learning robot doesn't have a mouth, but it does have two cute eyes that you can use to read its state of mind. The robot consists of more than 360 parts, has a camera on board and connects to the smartphone via WiFi.

The camera is integrated directly in the head and takes pictures with a resolution of 640 x 480 pixels. That is not much, but it is enough to orientate yourself. Even facial recognition is already integrated – with which the Cozmo greets you individually.

A whopping 900 animations and around 2,500 audio files are included. The learning robot uses this to convey different emotions . So he can not only be happy, but also show emotions such as frustration or sadness. In addition, it was developed against the background of continuously learning and developing emotionally.

Whether mechanics, technology, programming and development – the Bellrobot Mabot B is your ideal companion for these topics. Thanks to its modular structure, you can easily assemble it, while it is also easily accessible thanks to the hot-plugging function. It is compatible with Lego and enables playful and easy learning via a smartphone app. This was developed on the basis of Scratch and offers children an easy introduction to the world of programming.