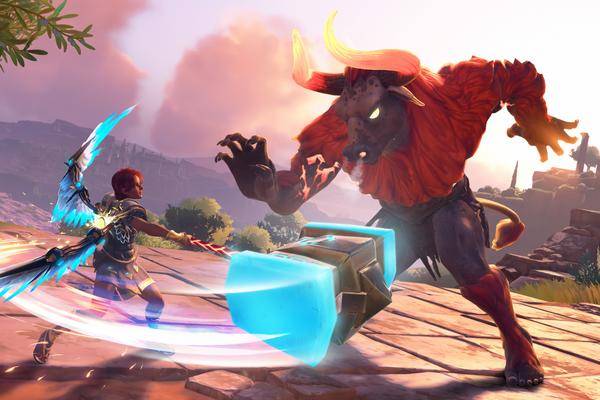 Publisher and developer Ubisoft announced that a demo of "Immortals Fenyx Rising" is now available for free on all supported platforms. Players who already own the game can look forward to the first DLC called "A New God", which is also available now.

If you think "Immortals Fenyx Rising", which is based in Greek mythology, is really cool, but you weren't sure whether it was worth buying, then you can finally get a taste of the game with the demo. Ubisoft announced in a press release that players can now download a free demo for Nintendo Switch, Stadia, Xbox Series X / S, Xbox One, PS4 and PS5 as well as PC.

The demo takes place on a group of islands that was created exclusively for the demo and was inspired by Aphrodite's region in the main game. A mix of combat, exploration and puzzles await you in the new region.

Gamers who have been roaming the lands of Greek mythology for a long time now await new adventures with the DLC "A New God". The expansion gives them access to the Olympos Palace, where they must master vaults built by the gods in order to be accepted into the inner circle of the Pantheon. New equipment sets with unique abilities await you as a reward.

Furthermore, four new Fenyx skills can be adapted in the new DLC. These include:

The DLC "A New King" is included in the Season Pass for "Immortals Fenyx Rising", but can also be purchased separately.