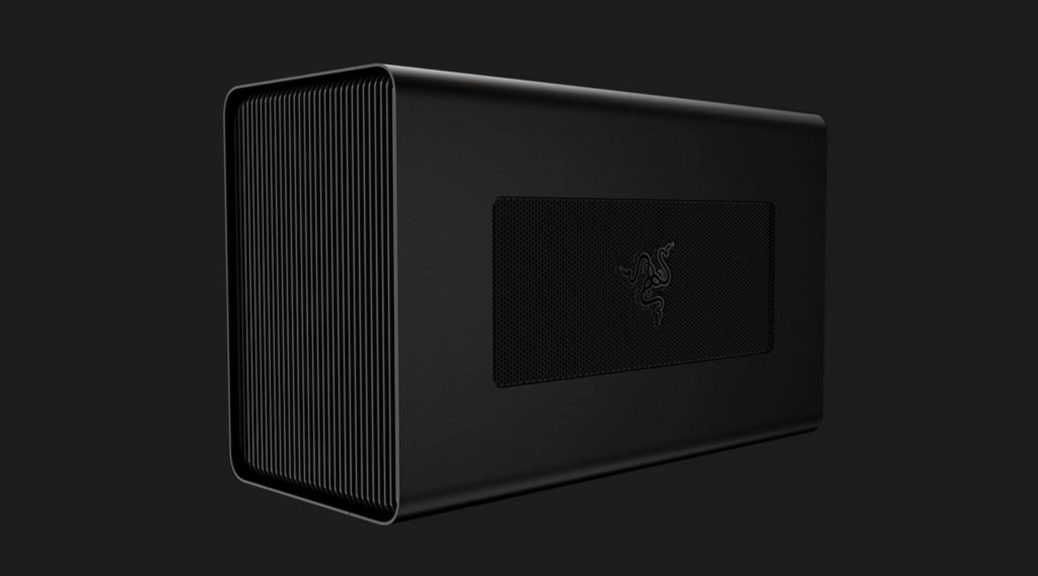 With an external graphics card, the graphics performance of many laptops can be increased many times over. However, certain requirements must be met and technical hurdles must be considered.

External graphics cards, so-called eGPUs, are a way for laptop users in particular to increase the graphics performance of their mobile computer many times over and to bring it almost to the level of a desktop computer. But while this option promises to combine the best of both worlds, it also has some pitfalls. In the following you will find out what an eGPU brings, where its limits are and when such a solution is worthwhile.

Why an external graphics card?

Many laptops nowadays have a fast processor, but are very limited, especially when it comes to the performance of graphics processing. This requires a lot of energy and generates heat accordingly. However, both the high energy consumption and the heat development do not really go well with the design of a notebook. Even quite bulky gaming laptops with dedicated graphics processors usually do not achieve the graphics performance of comparable desktop computers. This is all the more true for slim ultrabooks, which usually have to get by with a graphics calculation integrated into the processor.

Applications such as gaming, video editing and rendering, photo editing, and 3D modeling either require a dedicated graphics card or only work really well with it. So if you are a staunch laptop user and still need graphics power, an eGPU might be the right solution for you.

What requirements does an eGPU need?

So that you can operate an external graphics card on a laptop, you definitely need a suitable eGPU housing. These are essentially small PC cases with their own small mainboard, in which there is not enough space for a whole computer, only a graphics card.

Corresponding eGPU housings are currently only offered by a few manufacturers. One of the most famous models is the Razer Core X, which is available for an MSRP of 299.99 euros. That's a steep price and significantly more expensive than most full-fledged PC cases. An alternative that is also quite expensive would be the Zotc AMP box. And no, a graphics card is not included yet. So the price comes on top.

Standard PC case for an eGPU

The idea of simply plugging an external graphics card into a small and inexpensive PC case is certainly obvious. Unfortunately, this does not work because the housing itself lacks a Thunderbolt port that is required to control the graphics card. This function is actually only offered by a dedicated eGPU housing.

The external housing must always be connected to the laptop via Thunderbolt 3 or Thunderbolt 4. This means that the laptop always has one of these connections, since conventional USB ports do not provide the necessary data bandwidth.

Which graphics card should it be?

Which graphics card you plug into the external housing is of course up to you. In theory, there shouldn't be any restrictions because all current Nvidia and AMD cards are eGPU-compatible.

There is also a particular restriction for MacBooks. They do not offer driver support for Nvidia graphics cards, so with a Mac you are bound to use an AMD graphics card in any case.

Thunderbolt is fast, but it still remains a bottleneck for graphics cards. Image: © Intel Corporation 2020

In addition, there is a higher latency, which results from the fact that the graphics card is not located directly on the mainboard, but has a significantly longer signal path via Thunderbolt. The longer the Thunderbolt cable, the greater the signal loss.

Conclusion: External graphics help, but do not replace a desktop computer

An external graphics card that is connected to a laptop via Thunderbolt can actually make a noticeable difference and enables applications that are not possible with standard laptop graphics in the vast majority of cases. Exceptions are dedicated gaming laptops or mobile workstations, which themselves have a separate graphics chip.

Whether an eGPU is worthwhile for you is decided primarily on the basis of the intended use. If you need high graphics performance on a permanent basis, a desktop computer is probably the better and, in the long term, more flexible solution. Among other things, gaming computers are suitable for almost all types of computationally intensive graphics applications.