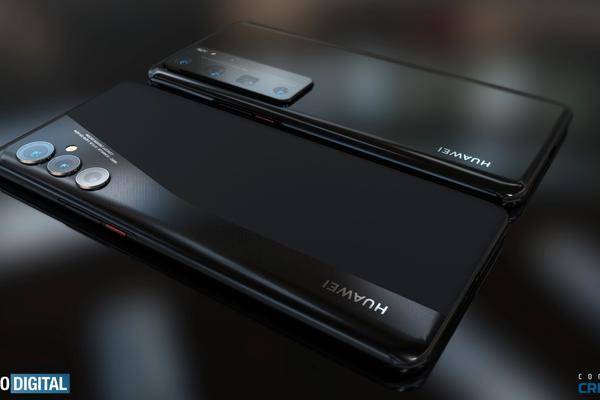 New render images for Huawei's upcoming top smartphones P50 and P50 Pro have appeared on the web. There are also alleged hands-on pictures of the Huawei P50 and leaks about the technology in the P50 Pro and P50 Pro +. A highlight is apparently the 200x zoom of the top models.

The new rumors include information about the technical equipment of the Huawei P50 Pro and P50 Pro +. This was published by the well-known Twitter leaker Teme . According to him, the new Huawei flagships rely on a 6.6 to 6.7-inch 120 Hertz display that is curved on all four sides. There is a thinner design, stronger stereo speakers and new Leica camera systems with four (P50 Pro) or five (P50 Pro +) lenses.

Fast charging should work with 66 watts via a cable and wirelessly with 50 watts. According to Teme, the batteries offer rather low capacities of 4,200 to 4,300 mAh. The operating system is not Huawei's Harmony OS, but Android 11 with the EMUI 11 user interface. The new Kirin 9000 or 9000E is used as the processor. The 200x zoom of the top models is only digital, but even that would be a record. The Galaxy S20 Ultra 5G, which has a magnification of 100 times, has the largest zoom so far. With low quality, however, as our TURN-ON test has shown.

The Dutch from LetsGoDigital , known for their elaborate render images, have published images and a video of the Huawei P50 and P50 Pro. They add that the P50 Pro probably offers an OLED display with a resolution of QHD +. Meanwhile, the Twitter leaker Yash Ray Chaudhary writes that the P50 models should be delivered with Harmony OS – whether it will be Android, Harmony OS or both remains an open question.

Finally, supposed hands-on pictures of the Huawei P50 were published on Slashleaks (via Notebookcheck ). It is unclear whether these are authentic. The presentation of the new smartphones is expected in March 2021.