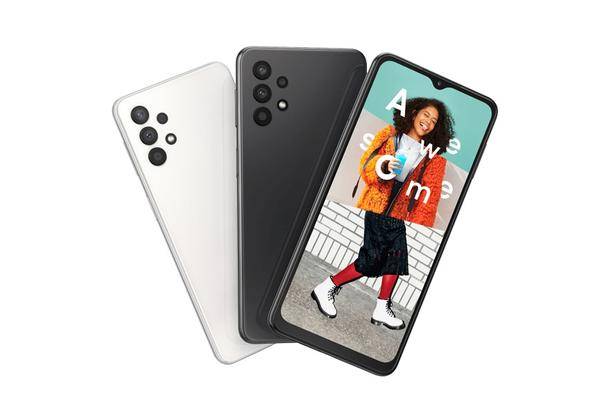 With the Samsung Galaxy A32 5G, an affordable smartphone with a lush 5,000 mAh battery will soon be available. Another highlight are four cameras, led by a 48-megapixel main camera.

The design of the Galaxy A32 5G is also striking. This is not based on the Galaxy S models, but three of the four cameras individually protrude a bit from the housing. Another small camera and an LED flash can be seen on the left. On the front there is a selfie camera in a notch in the display above, which has a resolution of 13 megapixels. The chin of the smartphone is slightly larger, otherwise the frame is quite thin.

The main camera has a resolution of 48 megapixels, apart from that there is an 8-megapixel lens for ultra-wide-angle shots of architecture and landscape subjects, a 5-megapixel camera for macro subjects such as flowers and insects and a 2-megapixel sensor, which supports the main camera for the blurred background in portraits. The display measures 6.5 inches. The 720p + resolution is low for this screen size. The battery has a generous capacity of 5,000 mAh.

Release in February from 279 euros

Samsung has not yet revealed which chip the smartphone is equipped with. Notebookcheck suspects that it could be the MediaTek Dimensity 720 with an integrated 5G modem. Its performance is roughly between that of the Kirin 970, which is found in the Huawei Mate 10, and that of the Kirin 980 from the Honor 20. That speaks for a useful mid-range performance.

The Samsung Galaxy A32 5G will be available in Germany from February 12, 2021. Interested parties can choose between the colors blue, black, white and purple. The model with 64 GB of memory costs 279 euros, while the version with 128 GB of memory costs just a little more, namely 299 euros.