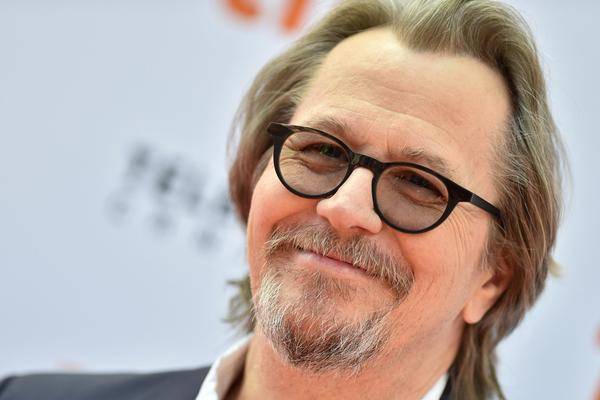 Gary Oldman has been in the acting business since 1982 and has appeared in over 100 productions. Filtering out the best there is not that easy, because even then there is still a long list left. So we have selected the best of the best and put them together in this overview. With the knowledge that many highlights are still missing.

When director Oliver Stone released JFK in 1991, Gary Oldman had been an actor for almost a decade. His role in the film with Kevin Costner is comparatively small – if you can even say that in a strip that is over three hours long – but it is decisive: He plays in the thriller about the assassination attempt on US President John F. Kennedy the alleged perpetrator Lee Harvey Oswald. Gary Oldman was 33 years old at the time.

When the virtuoso director Francis Ford Coppola calls out ("Apocalypse Now", "The Godfather"), most actors accept his offer. For Gary Oldman it means that one year after "JFK" he will transform into the most famous vampire in history: Dracula. As the prince of darkness, he is after the beautiful Mina Murray (Winona Ryder), who finds it difficult to evade his charm.

There are three Oscar awards for "Bram Stoker's Dracula": for the best costume design, the best sound effects and the best make-up.

As the corrupt DEA agent Norman Stansfield, Gary Oldman Léon (Jean Reno) and his protégé Mathilda (Natalie Portman) make life difficult. He killed the parents and the little brother of the twelve-year-old, who then found protection with Léon. Mathilda learns the trade to become a contract killer – just like Léon. Together they go hunting Stansfield to get revenge on Mathilda's family.

Gary Oldman seems to have enjoyed nasty characters in the 1990s. In the prison film "Murder in the First" he plays the deputy prison director Milton Glenn, for whom over three years of solitary confinement including torture is an acceptable rehabilitation measure for his inmates. For inmate Henri Young (Kevin Bacon) it is hell on earth and he comes back to his cell as a broken and mentally unstable young man.

The result of years of abuse: Young kills someone in prison. For this he now has to answer in court and is given the young but determined public defender James Stamphill (Christian Slater) to the side.

The film is the second collaboration between Gary Oldman and director Luc Besson after "Léon: The Professional". Oldman embodies Jean-Baptiste Emanuel Zorg, the head of an economic empire that works with evil. Zorg is supposed to get four elemental stones for evil. If he finds the fifth element, the earth will be extinguished. In all of this, Korben Dallas (Bruce Willis) is involuntarily involved, who happens to meet Leeloo (Milla Jovovich), who is on the run from Zorg.

And again, Gary Oldman becomes a badass. This time he plays Ivan Korshunov, a supporter of the fallen dictator Radek, who then kidnaps Air Force One along with US President James Marshall (Harrison Ford). In cooperation with Russia, he is responsible for the fact that Radek was captured. Korshunov demands the dictator's release – otherwise he will kill a hostage every 30 minutes …

Gary Oldman also plays in "Hannibal". Oldman stars alongside Anthony Hopkins and Julianne Moore (as Clarice Starling). He plays Mason Verger, a former victim of Hannibal Lecter and the only one who ever survived Lecter's actions. That's why he put a $ 3 million bounty on the serial killer, who now lives in Florence under an assumed name. He does everything in his power to finally put an end to Lecter's trade and seek revenge.

Gary Oldman even starred in two episodes of the popular sitcom Friends. Together with Joey actor Matt LeBlanc, he stands in front of the camera for a war film, in which the two deliver a wet and happy spitting duel. It's a short but very entertaining and memorable appearance by Gary Oldman on "Friends".

In the "Harry Potter" films, Gary Oldman as Sirius Black is an important reference person for the wizarding student. He is the godfather of Harry Potter and the last connection the boy has with his murdered parents. However, the two only get to know each other in the third part of the series, as Sirius Black is incarcerated in Azkaban. At first, Harry Potter considers the convict to be his enemy, but soon realizes that he is the complete opposite. From then on, their paths cross again and again and even in the final fight against Voldemort, Sirius Black doesn't leave his godson's side.

Gary Oldman worked with all the great Hollywood directors until the mid-2000s. One of the few who is still missing is Christopher Nolan. In 2005, the native British got the pleasure of starring in a film by the mastermind – and has two more collaborations on it. In the comic adaptations of Gotham's Avengers, Gary Oldman takes on the role of Jim Gordon, Gotham City Police Commissioner and Batman's ally.

For his performance in the critically acclaimed thriller, which is based on the book of the same name by John le Carré, Gary Oldman receives his first Oscar nomination – for Best Actor. He plays the British professional spy George Smiley, who actually retired during the Cold War. But he is brought back because a difficult task awaits him: There is a Soviet Union spy in MI6 and Smiley is the only one who has the skills to unmask him.

It will be six more years after his first nomination before Gary Oldman can hold his first Oscar in his hands. But his portrayal of Winston Churchill in "The Darkest Hour" is unparalleled. He makes a multi-faceted Prime Minister who has his rough edges. At the time of the Second World War, nobody would want to be in its skin: His actions will decide whether he will become the savior or destroyer of the nation.

Recognizing Gary Oldman under the fatsuit and makeup is almost impossible. No wonder that the make-up and hairstyling department also won an Oscar.

Will the next Oscar be for Gary Oldman in 2021? According to his grandiose portrayal by screenwriter Herman J. Mankiewicz, at least not exactly absurd. In the black and white film with Amanda Seyfried, director David Fincher tells the process of creating "Citizen Kane", the screenplay of which was written by Mankiewicz. He is a celebrated Hollywood author until he shoots himself further and further through his alcoholic chaplains and statements. With his script, Mank accounts for the industry. The notorious dispute between Mank and Orson Welles regarding authorship should of course not be missing.

I'm sure we will soon hear in connection with "Mank": And the Oscar goes to …