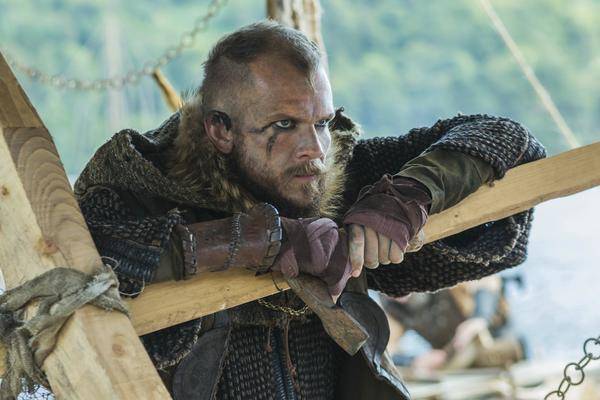 With the final episodes of season 6, "Vikings" is about to end. Then the story from Kattegat about Ragnar Lothbrok, Lagertha, Björn Eisseite and the other Vikings is told. But showrunner Michael Hirst has another iron in the fire with the sequel series "Vikings: Valhalla", on which he is now giving an update.

Hirst will no longer accompany "Vikings: Valhalla" as a showrunner, but as an executive producer. He handed the scepter over to Jeb Stuart. Nevertheless, he insists on having a chat with Steve Weintraub from Collider . For example, how it came about that Netflix agreed to continue the story in a slightly different way.

The main reason was global popularity: "[Netflix] simply said, 'Look, we don't have to filter out any content, we looked at your audience numbers, saw where you stand around the world, and we'd be stupid not to.' So it pays homage to what we've achieved over the past seven years. "

Ragnar and Co. are now legends

"Vikings: Valhalla" will take place around 100 years after the main series, which means we won't see any of the current characters again. But that does not mean that they are not mentioned in one place or another, Hirst reveals.

The great hall of Kattegat will also play a role in the sequel series and the new protagonists will talk about old times there. About the fact that once Ragnar Lothbrok, Lagertha, Björn Eisseite or Ivar the boneless sat at the same table there. They have all become legends that are celebrated in "Vikings: Valhalla".

According to Hirst, this has the advantage that it is not necessary to know "Vikings". The sequel series can also be started without prior knowledge: "But of course it enriches the series and leads the viewer to go back and find out, 'Who are these people who are constantly being talked about? Was Ragnar really that great? Why are these people People now mythical figures? ' Everything connects in a useful, interesting and fascinating way. "

It currently looks like "Vikings: Valhalla" will appear on Netflix in 2021. Before that, however, it is time to say goodbye to "Vikings": On December 30, 2020, all ten episodes of season 6B will appear on Amazon Prime Video. Those in a hurry will know who will claim the throne of Kattegat before the end of the year.