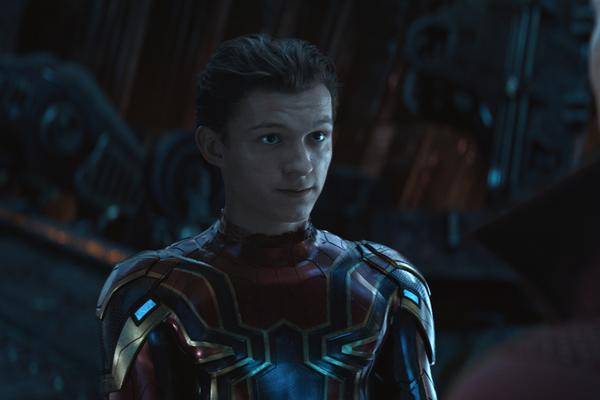 Most movie fans know Tom Holland as Spider-Man. What only very few people know: The Brit danced his way into show business. From 2008 to 2010 Tom Holland performed "Billy Elliot the Musical" in London. From there he ventured to Hollywood – with success! We have compiled the highlights of his steep career as an actor for you here.

Tom Holland celebrates his breakthrough as an actor with "The Impossible". The disaster drama is based on a true story: director Juan Antonio Bayona adapts the real fate of the Spanish family Belón, who were vacationing in Thailand on December 26, 2004 when a huge tsunami hit Southeast Asia.

In the film, Henry (Ewan McGregor), his wife Maria (Naomi Watts) and their three sons (one of them: Tom Holland) are on vacation in Khao Lak, Thailand when the tsunami hits the coast. The tidal wave tears the family apart, mother Maria is seriously injured. In the midst of this ruthless extreme situation, the family members are desperately trying to find each other again.

Actually, "No Turning Back" is a one-man-show by a namesake of Tom Holland: In the movie, Tom Hardy can be seen as Ivan Locke, who is on his way home with his car, when a single phone call his life Head turns.

How does Tom Holland fit in there? Quite simply: In the original English version of the film, he speaks to one of Ivan's sons. It can only be heard on the phone – but we don't want to withhold this film from you here, which is absolutely worth seeing.

In his visually stunning adventure drama, director James Gray tells the true story of the British researcher and explorer Percival "Percy" Fawcett. The latter found evidence of a bygone civilization in the Amazon region and henceforth devoted his entire life to the obsessive search for the "sunken city Z" – despite all the dangers of the jungle and the ridicule of his colleagues.

In addition to Tom Holland, who plays Percy Fawcett's eldest son Jack in the film, actors include Charlie Hunnam ( "The Gentlemen" ), Robert Pattinson ("The Lighthouse") and Sienna Miller ("American Sniper").

In 2015 Tom Holland landed the part that catapulted him into the Hollywood Olympics: The Briton was cast for the role of Spider-Man in the Marvel Cinematic Universe (MCU). It is the first time that the film studio Sony Pictures, which holds the film rights to the character, has collaborated with Disney's Marvel Studios. So "the friendly spider from the neighborhood" can finally meet MCU heroes like Iron Man and Captain America on the big screen.

As Spider-Man alias Peter Parker, Tom Holland has been involved in five Marvel films to date:

Another "Spider-Man" film with Tom Holland is due to be released in December 2021.

"Edison – A Life Full of Light"

The historical drama "Edison – A Life Full of Light" will celebrate its premiere in 2017 at the Toronto International Film Festival, but will not be released in American cinemas until 2019 and German cinemas in 2020. The delay is due to the scandal surrounding film producer Harvey Weinstein, which overshadows the release.

The original title of the film is "The Current War", in English: "Der Stromkrieg". Much more fitting than the German name, the drama is not only about the inventor Thomas Edison, but primarily about his rivalry with the industrialist George Westinghouse. The two opponents are played in the race for the first power grid in the USA by Benedict Cumberbatch ("Doctor Strange") and Michael Shannon ("Man of Steel"). Tom Holland plays Edison's secretary Samuel Insull.

A group of monks traveled from their monastery in Ireland to Rome in the 13th century to deliver a holy relic. But then in Brendan Muldowney's film it ends with Christian charity. As the title suggests, "God's ways are bloody" is not for the faint of heart.

What is shown can be summarized as follows: Jon Bernthal as a mysterious warrior, Tom Holland as a novice, wide landscapes and a lot of violence.

"The Devil All the Time"

Anyone who only knows Tom Holland as a likeable Marvel hero will get to know a completely different side of the actor in the Netflix film "The Devil All the Time". The dark, intricate thriller shows Holland as Arvin. The young southerner is stuck in a provincial nest in the backcountry of the United States, which is sinking into a vortex of corruption and violence – including a depraved priest (Robert Pattinson) and a serial killer couple (Riley Keough and Jason Clarke). "The Devil All the Time" is certainly not a good-mood film, but that's why it's worth watching!