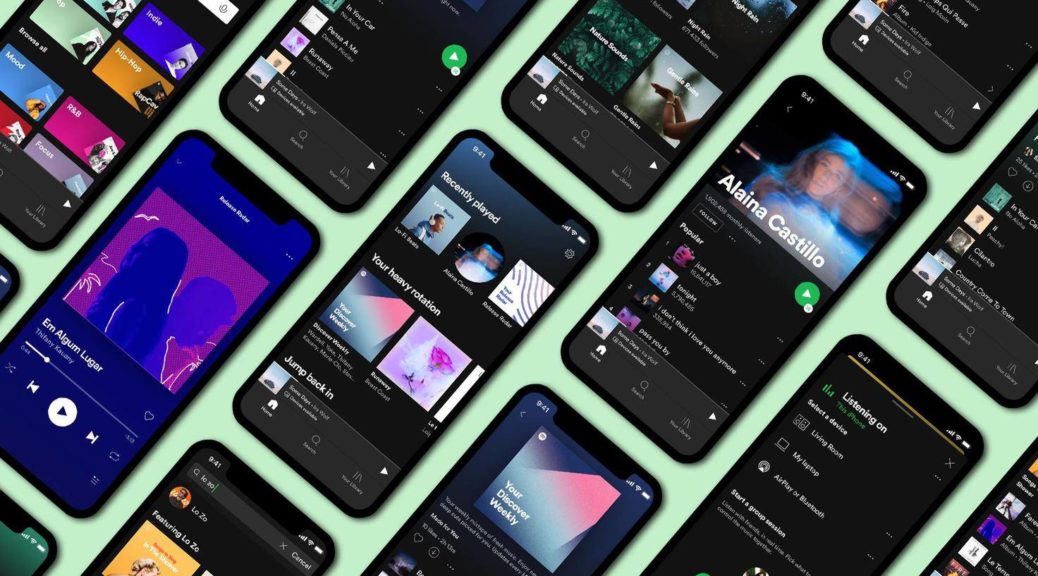 Listening to music on the go is easier than ever today. You have the choice between numerous good music apps for iPhone and Android. We present the best known and best apps.

Spotify is the most popular music streaming app. Image: © Spotify 2020

Spotify is by far the best known and most popular app for music streaming. This is mainly due to the huge number of songs, artists and podcasts, but also to the fact that there is a free basic package. This offers only limited functions and advertising, but is perfect for sniffing out. A big plus point is the fact that Spotify can be used on pretty much any device, from smartphones and PCs to smart TVs and smart speakers.

Deezer has an attractive offer that competes with Spotify. Image: © Deezer 2020

Deezer's business model is very similar to Spotify's. The French provider also combines a free trial offer with an optional monthly subscription. The huge range of Internet radio stations and the SongCatcher function particularly stand out at Deezer. Similar to Shazam, the latter can identify songs that you hear around you.

3. Apple Music: Close to the artists

Apple Music isn't just for Apple devices. The app comes up with a huge catalog of songs, albums and artists and also offers extra content by and with the various bands and solo artists. These include documentaries, concert appearances and more. Apple Music also supports all important convenience functions on Android devices, such as streaming via Chromecast. However, there is no free version like Spotify and Deezer.

Just like Spotify and Deezer, YouTube Music has a free basic offer. In principle, users can browse the entire catalog, but only if the app is running in the foreground on the smartphone and the display is switched on. Listening to music on the side while the mobile phone is in your pocket is only possible for paying users. The highlight of YouTube Music is the wide availability of music videos that other services cannot offer in a comparable form. But there are also 60 million songs to stream, so it won't get boring that easily.

Amazon Music is especially useful for Prime members. They get the basic package with around 2 million songs as part of their membership at no additional cost. For the complete Music Unlimited package, they pay 7.99 euros less than non-members. For a further surcharge, Amazon even offers Hi-Res streaming with up to 850 kbit / s.

At Soundcloud you can discover music outside the mainstream. Image: © Soundcloud 2020

At Soundcloud you will mainly find musicians who have not yet landed a contract with a major label, but who still produce pretty good music. There is a gigantic selection of tracks, remixes and podcasts and users even have the opportunity to interact with the artists personally. For even more tracks and the option to download songs for offline playback, there is also a paid subscription model with Soundcloud Go.

7. Bandcamp: Music directly from the artists

Bandcamp offers musicians and bands the opportunity to sell their music directly. They can sell their music at self-determined prices. A portion of the money raised goes to the platform itself. Songs and albums are often not only offered for streaming, but also for download – sometimes even in high-resolution FLAC format.