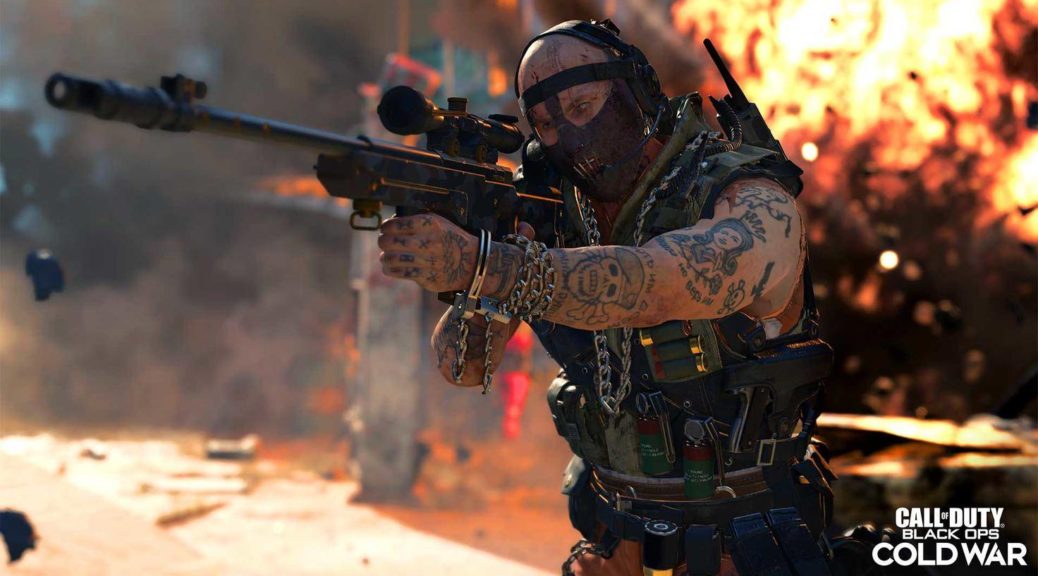 After a slight postponement, "Call of Duty: Black Ops Cold War" and "Warzone" have finally started in Season 1. Publisher Activision promises nothing less than the biggest drop in content in the history of "Black Ops". We have created an overview of the innovations that await you in the two shooters.

In Season 1 of "Call of Duty: Black Ops Cold War" you can look forward to three new operators and five new weapons. However, not all content will be available at the launch of the season.

This is what Stitch looks like with its legendary skin. Image: © Activision 2020

So that it doesn't get boring in multiplayer, Treyarch has given the game a whole host of new maps and game modes.

Finally there is a firefight mode in "Black Ops Cold War". Image: © Activision 2020

Is this a real arcade machine or an opponent? In the prop hunt, enemies disguise themselves as objects. Image: © Activision 2020

The innovations already mentioned are far from over. As Leaks already indicated, a new Scorestreak is now available.   That is HARP   a reconnaissance aircraft that not only reveals the position but also the direction in which enemies are facing on the map. Originally, five new scorestreaks were expected for Call of Duty: Black Ops Cold War , but one is still better than none.

Rudolf, the reindeer with the bloody claws and bared teeth. Image: © Activision 2020

Also new is O du Tödliche – a mod for the zombie mode that decorates the zombies for Christmas. There are also little gadgets like snowballs that can freeze zombies. In the further course of Season 1 you can look forward to the game mode Aufgeputscht . There it comes down to chasing down zombies. If no undead comes before the shotgun for a long time, a spectacular explosion will tear you into pieces.

And of course we don't want to forget the introduction of the new global prestige system . After you have fought your way through the military ranks (levels 1 to 55), you can achieve four additional prestige levels per season and receive huge rewards for this. Here is an overview of the Prestige Levels and the corresponding rewards:

By the way, after level 200 it goes on for a long time, but every 50 levels you only get a new prestige key. It's pretty cool that the prestige level is now synchronized between "Call of Duty: Black Ops Cold War", "Modern Warfare" and "Warzone". So it no longer makes a difference in which game you hunt for the coveted titles.

"Call of Duty Warzone": Rebirth Island is battle royale in the smallest of spaces

There are also many new features in "Call of Duty Warzone" at the start of Season 1. The game is now more closely linked with "Call of Duty: Black Ops Cold War". The operators and weapons from the current "CoD" are now available in "Warzone".

The biggest innovation in "Warzone" is the new map Rebirth Island . Stitch's former chemical weapons research laboratory is located on the small Battle Royale map. In addition to a chemical weapon manufacturing facility, you can also visit other interesting places on the map – such as a prison, laboratories and barracks.

Rebirth Island is suitable for trio and quads games with a small number of players. The new map even offers an exclusive game mode: In Resuscitation you don't get into the Gulag after your death, but you are automatically resuscitated after a timer. The only requirement: at least one team member must be alive by the end of the countdown.

Don't get too used to the automatic resuscitation, because Rebirth Island also has a chic new gulag to offer. After your death in the classic Battle Royale mode, you end up in the island's underground prison. There you have to compete with another prisoner in a duel. Fighting takes place either in a chamber in the middle or in the hallways. Those who like to play mind games can also use the metal detectors installed in the hallways to deceive opponents.

The Verdansk standard map is also getting a new gulag at the start of Season 1: a cardboard replica of the Nuketown map – only one size smaller than the original. In such a small space, duels can end faster than expected.