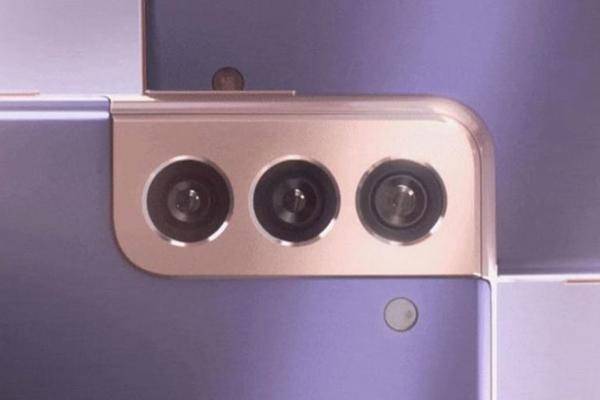 In mid-January, Samsung presented the Galaxy S21 – but official teasers of the new S21 series have presumably already leaked. They show the design of the smartphones in different colors.

The Android Police site has put three teaser clips of the new Galaxy S21 series online. These are short sequences with which Samsung apparently wants to advertise the Galaxy S21, Galaxy S21 + and Galaxy S21 Ultra, all of which are equipped with 5G. The teasers for the Galaxy S21 and the Galaxy S21 + are almost identical, as the smartphones probably only differ in size and battery capacity.

The Galaxy S21 and Galaxy S21 + can be seen in the color Phantom Violet (a kind of purple). The flat display with a punch-hole camera in the middle and very narrow bezels can be seen. A special feature in the look: the bulge for the main camera on the back merges into the frame of the mobile phone and thus forms a unit – this gives the Galaxy S21 series an unmistakable design. The triple camera is supposed to be composed of two 12 MP lenses and a 64 MP telelens.

According to the clip, the Galaxy S21 Ultra, the most expensive variant of the new line-up, should have a slightly rounded screen instead of a flat display. And: Instead of three lenses, the high-end version will probably get four lenses. Components: a periscope camera with 10 MP and 10x optical zoom, a main camera with a 108 MP sensor, a 12 MP ultra-wide angle and a 10 MP telephoto lens. A laser autofocus for particularly fast focusing should round off the camera system.

Samsung has not yet invited to an unpacked event. However, observers expect Samsung to announce the new Galaxy S21 range on January 14th .