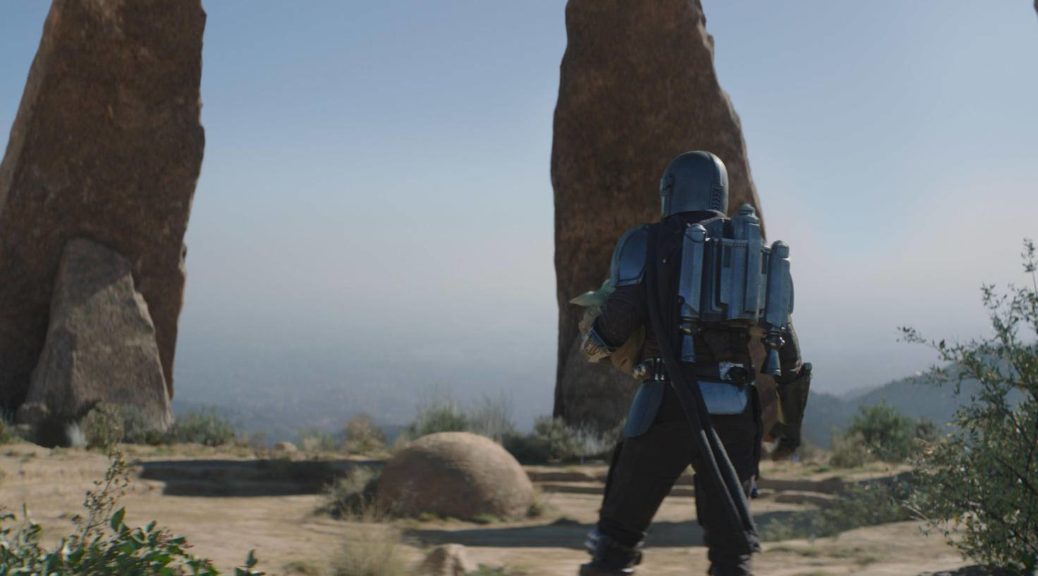 The brand new "The Mandalorian" episode of Season 2 is here – so it's time for another recap. If you read on, you will find out whether episode 6 can keep up with the great successes of last week or whether it offers a little break.

Below is detailed information on the sixth episode of the second season of "The Mandalorian", entitled "The Tragedy". You read on at your own risk.

"The Mandalorian", Season 2, Episode 6: That Happened

The result in one sentence

Mando brings Grogu to Tython and has plenty of company – in a positive as well as a negative sense.

Welcome to Tython! Din Djarin and Grogu arrive at the planet that is important to Jedi. The foundling takes a seat on the seeing stone and it happens … nothing at all! Only when Mando is briefly distracted by an arriving spaceship and then returns to Grogu, he meditates calmly on the stone, surrounded by a kind of power field that Mando cannot penetrate.

Shortly afterwards, Din Djarin gets to know someone we know well: Boba Fett! Together with the sniper Fennec he chases Mando, but only so that Boba Fett can get his armor back, which is in the crest. In return, they will protect Grogu.

Mando can use this help, because two spaceships full of stormtroopers follow the signal from the direction finder at the Razor Crest and land on Tython. A fierce battle begins, but let's face it: Mando, Fennec and Boba Fett still face stormtroopers. Means: Not much can happen to the trio. The imperial soldiers, on the other hand, are mostly in the dirt in the end.

But the big end is yet to come: Moff Gideon is now floating over the planet and destroying the Razor Crest with his ship! Even more: he sends the Dark Troopers to kidnap Grogu.

Would you like a little picnic? Image: © Lucasfilm Ltd. & TM. All rights reserved. 2020

Of course, the new episode can't keep up with the previous episode. But it's also good to be able to take a short breath. The big revelations are missing, but in "The Tragedy" some threads from previous episodes are taken up again and spun on.

First and foremost, of course: Boba Fett. Even if the slave 1 flies past the seeing stone, "Star Wars" fans should fall into euphoria. So far, the disarmed bounty hunter has only been seen briefly at the end of an earlier episode. Now he is officially involved. So there is a reunion with actor Temuera Morrison, who was seen in 2002 as Jango Fett, Boba's father, in "Star Wars: Episode 2 – Attack of the Clones".

And we now also know: Boba Fett is alive! He survived falling into the Sarlacc. Only his armor has apparently lost to the Jawa over time. Perhaps during the course of the season or even the next one he will tell us what happened to him in the meantime and how his life as a kind of nomad went.

But back to the episode: Boba Fett remains true to his promise and does everything to free Grogu safely from the clutches of the empire. Means: We haven't seen him and Fennec for the last time.

However, we also have to talk briefly about the Dark Trooper. By sending out his super soldiers, Moff Gideon teasers what Mando and the others can expect in the future. They are numb machines that land around the Seeing Stone and simply grab grogu. Without words, without a lot of frills. Whoops and away! The green toddler will be able to imagine that he will not be taken to a very nice place, so his look back is correspondingly panicked.

Moff Gideon is excited about the development of Grogu. I don't … Image: © Lucasfilm Ltd. & TM. All rights reserved. 2020

And indeed: on the imperial spaceship he is put in a small cell where he plays ping pong with two storm troopers. He uses his power and smashes the soldiers from left to right, from top to bottom. Moff Gideon is delighted at the sight, but what is happening in Grogus' face does not delight me at all. To me it looks like the foundling is not using its power to protect itself and will stop after a brief reprimand. But he plays with her, fear is written on his face.

I immediately thought of Master Yoda's words that he addressed to Anakin: "Fear becomes anger, anger leads to hate and hatred leads to unspeakable suffering." And what was Anakin turned to the Dark Side of the Force and raged across the galaxy as Darth Vader. It's time Grogu was rescued from the clutches of Moff Gideon so he could get around the corner in time.

Highlights in episode 6: My four favorites

It's amazing what skills Boba Fett has mastered. It shows impressively why Mandalorians are considered terrifying warriors. Even without his armor, Boba Fett is a close combat artist who knows how to use his staff perfectly. How he tears away the helmets of the stormtroopers … Chapeau! And even with armor he can keep the soldiers in check because he has mastered the features of his armor as if he had never taken them off.

Oh, if you want to know exactly: The staff is a Gaderffii, a close combat weapon of the Tusken.

Who thought the Razor Crest is completely over here … Image: © Lucasfilm Ltd. & TM. All rights reserved. 2020

Okay, I absolutely didn't expect that. It's a bit of a shame, after all, the Razor Crest has been through so much, survived so many attacks and accidents. That it has now been made level with the ground by Moff Gideon is a small stab in the heart. After all (or a lot more of course) Grogus' favorite little ball on the joystick survived the explosion. A tiny consolation. And of course the Beskar spear! So despite everything, Mando is well prepared for the inevitable duel with Moff Gideon. You know he has the dark blade.

At the end of the episode, Mando, Boba Fett and Fennec return to Nevarro. They need Cara Dune's help. As a Marshall, she knows the names and whereabouts of numerous prisoners – and Din Djarin is looking for a very specific one: the sniper Mayfield. But what does Mando want from him? Possibly information, after all, Mayfield was part of the Empire for a long time.

The episode emphasized again how strong the bond between Grogu and Din Djarin has become. How happy Mando is at the beginning of the episode that he now knows Grogu's name and that he also listens to it … a bit cute. And how proud he is when Grogu uses the Force to get the ball back. All the more understandable is Mando's reaction when the Dark Trooper kidnap his protégé. Do Mandalorians have an enrage mode? If not, Din Djarin will introduce it!

The coolest moment in episode 6: The Battle on Tython

Such a big gun and still doesn't hit anything: Stormtroopers in a nutshell! Image: © Lucasfilm Ltd. & TM. All rights reserved. 2020

Episode 6 of Season 2 was pretty action packed. The fight on Tython was super staged and peppered with cool ideas. Especially when Boba Fett gets involved with his Mandalorian armor and Din Djarin also supports his two new "friends", things really take off. Was fun to watch. In view of the already short episodes with a net running time of around 27 minutes, the fight scenes could have been put together in favor of a little more plot.

Another episode of the second season of "The Mandalorian" comes out every Friday on Disney +.