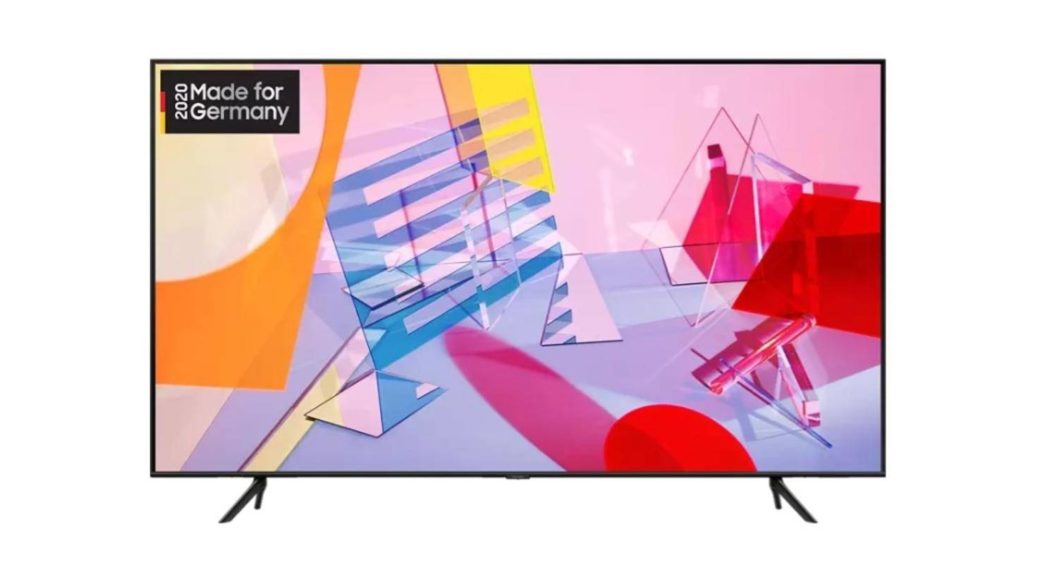 Smart TVs in 55 inches are particularly popular and are offered in abundance by manufacturers. From affordable devices to premium class, pretty much everything is available in this size. We present ten recommended devices and help you navigate through the TV jungle.

The Q60T currently marks the entry into the QLED product range from Samsung, which stands for premium 4K LCD televisions. Equipped with a quantum dot display and dual LED backlighting, the TV can display particularly fine color and contrast gradations, achieves a high level of brightness and also promises rich black tones when viewed from the center. The device is rounded off by the very extensive and easy-to-use Smart TV portal from Samsung. Disadvantages are the limited viewing angles, so that the TV is better suited for watching TV alone or in pairs, and there are also better TVs for HDR bombast. Nevertheless: Recommended for a beginner QLED.

The LG CX9LA has an OLED panel and thus masters an almost perfect black display from all angles. In addition, there is the refresh rate of up to 120 Hz in combination with the HDMI 2.1 connection. This also makes the television interesting for gamers – regardless of whether they connect a next-gen console or a PC to it. Nvidia G-Sync, VRR and AMD FreeSync for a smooth picture without cracks and stuttering are also offered. The disadvantage is basically only the price for the premium TV, but it is not unusual for an OLED TV.

Philips televisions are best known for their Ambilight technology. The PUS 7354/12 does not disappoint in this respect either. The quality of the 4K LCD panel is not quite on the level of QLED devices from other manufacturers, but Philips offers all the important HDR formats with HDR10, HLG, HDR10 + and Dolby Vision. Thanks to the Android TV platform, the television also has access to a huge range of apps.

Sony advertises among other things with the PlayStation 5 for its TVs. Image: © Sony 2020

The KD-55XH9077 is said to appeal to gamers in particular with its fast 4K 120 Hz display and the low input delay of 7.2 milliseconds for a television. There are also features such as automatic switching to game mode (ALLM) and VRR for smooth image display when gaming. For a real home cinema feeling there is also support for Dolby Vision and Dolby Atmos as well as tons of apps thanks to Android TV. And yes: the television is also ideally suited for an Xbox. However, the TV does not use "X-wide Angle" for good viewing angle stability, so there are better devices for watching TV in groups.

The OLD 55750UV is an ultra-HD television with HDR from the entry-level segment. In addition to HDR formats such as Dolby Vision, the integrated Smart TV portal is a particular highlight. Here OK sets. namely on the Fire TV platform from Amazon including the huge range of apps, as known from the Fire TV Stick. The Alexa voice assistant is also on board. You have to do without high-end features for gaming and a particularly impressive HDR display, but there is a lot on offer for an entry-level TV.

The first smart TV from Xiaomi wants to score above all on the price. Image: © Xiaomi 2020

The Chinese manufacturer Xiaomi has long since not only built smartphones. With the Smart TV 4s, the company is also offering an Ultra HD television at an amazingly competitive price. Unusual for its price range, the TV comes with a stylish aluminum frame. Xiaomi uses the Android TV interface including the Google Assistant as software. An integrated Chromecast provides even more content. According to the class, there are no special gaming features and the focus is not on the HDR display.

Another device with built-in Fire TV: The Grundig GUB 7040 is a no-frills 4K television with support for HDR 10 and HLG formats. Apart from that, it is above all the Amazon services, the numerous streaming apps from the Fire TV portal and the Alexa voice control as well as the low price that distinguish this device. Otherwise, the principle applies again: entry-level class, so no modern gaming features and no bombastic display of HDR content.

QLED and Android TV: This combination is only available from TCL. Image: © TCL 2020

TCL has installed a 4K QLED display from Samsung in its C715 and offers it at a competitive price. The basic advantages such as reasonable brightness and a wide range of colors and contrasts are given here. However, customers also have to forego some features such as movement smoothing and high-quality anti-reflective coating. Smart TV content is available from the Google Play Store thanks to Android TV.

With a peak brightness of 2000 nits, the Q90T is the brightest TV on our list. The high peak brightness is particularly noticeable with HDR content. Thanks to a direct full array backlight, strong contrasts are possible and the 120 Hz playback via HDMI 2.1 and an anti-reflective display underline the premium quality of the device. The disadvantage, typical of the flagship, is the upscale price range.

When it comes to picture and sound, Panasonic is in the absolute upper class. Image: © Panasonic 2020

With the TX-55HZW2004 we are in the absolute upper class of 4K TVs. With almost 1000 nits, the Panasonic television has one of the brightest OLED displays ever, which benefits HDR content. The TX-55HZW2004 is one of the few current TVs that supports HDR content in both HDR10 + and Dolby Vision formats and, as a treat, the device even has a built-in 3D sound system with native support for Dolby Atmos.