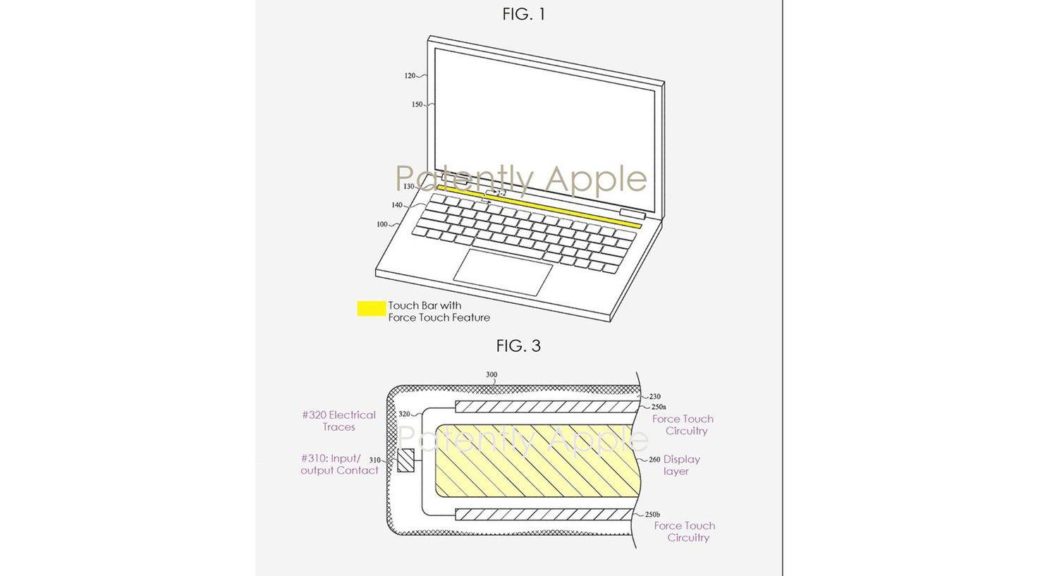 Is Apple working on a MacBook with Force Touch for the Touch Bar? This is exactly what a new patent suggests, according to which the manufacturer could integrate the touch-sensitive technology into its MacBooks.

The US Patent & Trademark Office has now put the patent filed by Apple online as a document, writes MacRumors . Force Touch could therefore play a special role in Apple's MacBook Touch Bar in the future. Although the patent applied for in 2019 lacks details on the implementation of the technology, there are a few pictures that outline the development. According to this, Apple would build the sensors for the pressure-sensitive Force Touch technology directly around the touch-sensitive OLED strip of the Touch Bar.

A figure in the patent shows how Apple could incorporate Force Touch into the Touch Bar. Image: © Patently Apple 2020

Apple introduced the Touch Bar for the MacBook Pro 2016 along with a Touch ID sensor in the power button. The Touch Bar replaces the classic bar with the function keys and instead offers – depending on the application – suitable actions. If the Touch Bar reacts not only to touch, but also to inputs of different strengths, the operation could benefit from further options.

The Force Touch technology is not new, however: The first Apple Watch was equipped with it, as were most smartphones from the iPhone 6s. In the meantime , Apple no longer uses 3D touch technology for new cell phones. It remains to be seen whether the feature will be found in a MacBook in the future. As always, not everything that manufacturers put on paper in patents is inevitably implemented.