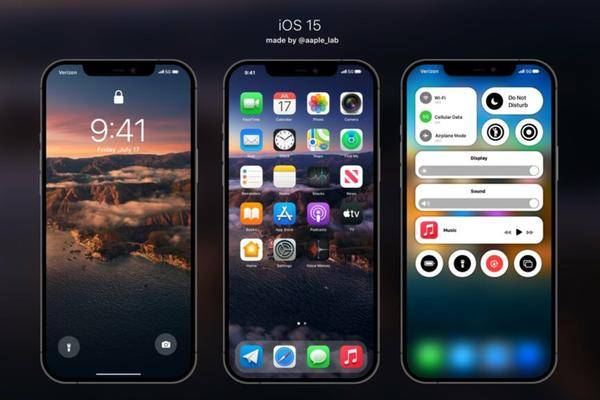 iOS 14 is just two months old, so iOS 15 is already around the corner. A team of designers shows what the next update could look like.

The designers of Apple Lab ( via iPhone Hacks ) imagine iOS 15 in a significantly different look. The concept of the app icons is more rounded than it is currently in iOS 14, and the font has also been changed.

In addition, the Apple Lab concept includes a redesigned control center, which also uses round icons and switches with stylish shadow effects. The display brightness and volume are controlled using new sliders, which look tidier than the controls in iOS 14. In dark mode, the concept looks much nicer, as a second picture shows.

iOS 15: These iPhones could go away empty-handed

It is of course still unclear whether Apple will really use this look for iOS 15. As usual, the group will probably only give a first look at the next major update of its mobile operating system at WWDC, which should take place in June 2021.

If iOS 15 is then probably released in September 2021, a few old iPhone models could be thrown out of support again. According to rumors, the update will no longer run on the iPhone 6s (Plus) and the iPhone SE (1st generation).