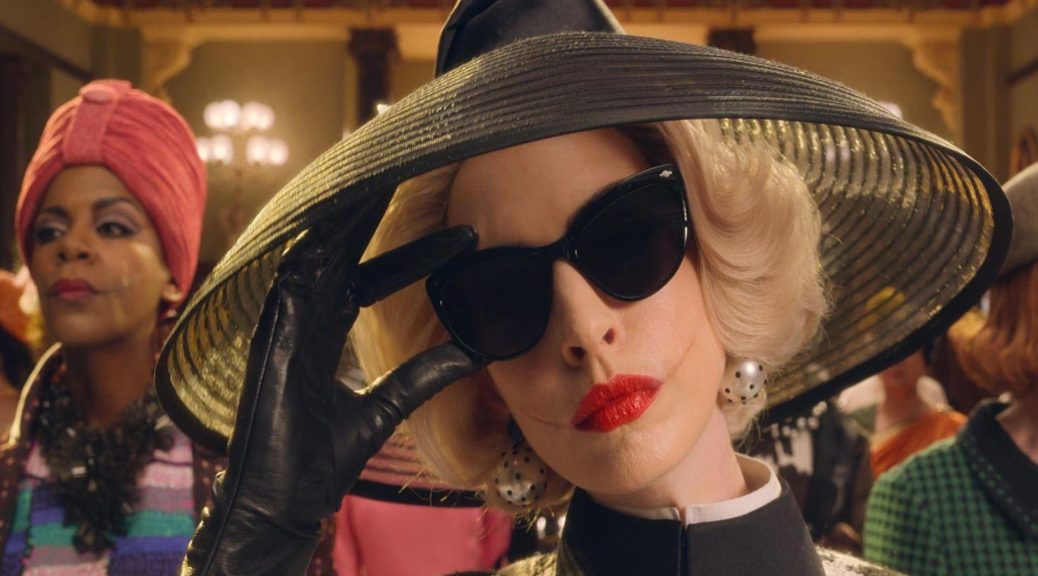 Anyone who grew up as a child in the 1990s can almost certainly remember "Witches" – the gruesome fantasy film thrilled (and traumatized) an entire generation. Now the remake is coming to the cinema. Louder, more colorful and with more CGI – but less heart. Our criticism.

What should we talk about the bush, we already mentioned the original "witches" in the introduction. I know every film should actually be discussed on its own – but in this case it's pretty much impossible. Sure, a few people will have read the story of Roald Dahl on which this remake is based. But most of us have rather vivid memories of the first film adaptation from 1990 : The witch make-up of Anjelica Huston and her colleagues is not forgotten, especially as a child! And the 2020 version has to measure itself against this, whether that's fair or not. That's just the deal with remakes and reboots. So – what can the new "witches" do?

"Hexen hexen" in the 2020 version of Robert Zemeckis ("The Polar Express", the "Back to the Future" trilogy and a million others) is a strange film. On the one hand, it is closer to the book than the 1990 film adaptation by Nicolas Roeg, which the author Roald Dahl found pretty bad. On the other hand, Zemeckis and his co-authors Kenya Barris and Guillermo del Toro change so much in the story, the setting and the characters that the result is an indecisive mishmash. And to answer the most important question now: No, the new one has no chance against the old "witches". Even if he does something right.

"Do you hear that, Mister Anderson? That's the sound of the inevitable." Image: © Warner 2020

At its core, the story is unchanged. A little boy (Jahzir Bruno) loses his parents in a nasty car accident and now lives with his grandmother (Octavia Spencer). To get other thoughts, the two of them visit a splendid hotel – and find themselves in the middle of a witches' conference led by the head witch Anne Hathaway, who wants nothing more than to turn every child in America into a mouse.

The first thing that comes to mind when I think of the new "witches" is: noise. What a loud, over-the-top, screeching film. Not all the time, of course. Especially the beginning, which deals with the fragile relationship between the boy and his grandma (and no, the two really have no official names, they are "Hero Boy" and "Grandma"), is still pleasantly restrained. Even if the anxious ecstatic narrator voice of Chris Rock, who tells the film in retrospect, saws the nerves. Anyone who has ever heard the original Chris Rock now has exactly the voice in their ears. This pressed good mood, apocalyptic enthusiasm on the verge of hysteria, I found it exhausting after just a few minutes.

But at the latest with the appearance of Anne Hathaway as head witch, "Hexen hexen" turns up like a hyperactive child in sugar shock. That director Robert Zemeckis will fall back on CGI in 2020 and no longer on hand-made stop-motion puppets like the blessed Jim Henson in 1990 – for me. Personally, I think that the "real" tricks of the past had a physicality and precision that computer effects only achieve in exceptional cases today, but that's just the way things are. It would be nonsense to get excited about the progress in trick technology and it can't all look like the "Dark Crystal" series, which has unfortunately already been discontinued.

But why the hell does even a professional like Robert Zemeckis believe that CGI always has to mean over-the-top spectacle? After all, Zemeckis is considered a pioneer of animation technology, for whom the stories of his films were once more important than the computer effects. In "Witches witches" people are turned into mice and witches run after small children and Anne Hathaway flies through the area and it could all be very charming, but it's just so much and so bright and so hectic that I get a headache at some point have. Yes, now laughs at the old man, but when all controls are permanently on 11, you no longer notice details, just visual overkill, in which everything merges into brightly colored arbitrariness.

And many of the tricks also repeat themselves. When Anne Hathaway as head witch Lilith opens her mouth in a demonic Glasgow smile and bares razor-sharp teeth, it looks quite scary. But not so the second time. The third time even less. And the ninth time it almost doesn't matter.

But at least: Although it wears out a bit, it looks good. What can not be said of the embarrassing CGI cat. And the talking mice never seem real at any time. Yes, yes, I already know: Talking mice are not realistic, of course it looks tricky! What an argument. Tricks should make us believe something that is n't really there . What doesn't happen in real life. Of course I know that there are no talking mice. But is it really too much to ask of a film that it let me forget about it for a few minutes? There are also no dinosaurs and yet this scene from "Jurassic Park" still flashes me to this day. I get goose bumps. In this scene, I think there are dinosaurs, damn it. I don't believe anything in "witches witches".

Then let's talk about Anne Hathaway in a moment. With her performance of the child-hating head witch, she follows in very, very big footsteps – namely that of the incomparable Anjelica Huston, who played herself immortally in the 1990s film. She owned the screen back then, and she knew it every second. This mixture of ice-cold elegance and profoundly evil depravity (combined with hand-made, absolutely convincing tricks that made her mutate into a grotesque horror) is certainly one of the reasons why the old "witch witch" is now considered a cult. This is not easy to reproduce, let alone top. And Anne Hathaway … is trying hard …?

That sounds so derogatory and contemptuous, it shouldn't be, but that's exactly how it felt to me. She obviously had fun with the role, but seems to be fighting for the audience's attention every second; always a bit too dogged, too, well, just trying. As if she wanted the last row in the cinema to see what a "crazy!" Performance she's just lying there.

This captivating self-confidence, the irresistible grandeur of a great actress who can say more with a smug look than ten lines of text, this almost incidental magnetic effect that Anjelica Huston had – Anne Hathaway completely misses it. Don't get me wrong: she's a fantastic actress who rightly received an Oscar for her performance in "Les Miserables". But you also have to be able to do unrestrained overacting. Anne Hathaway can't.

The new "Witches witches" may find its audience as light entertainment for younger people. Octavia Spencer ensures the warm-hearted moments and the idea of putting the cast together for the most part from black actors this time is appealing and could offer fresh narrative perspectives (even if I had to pause a bit when the resolute black grandma first cheered her sad grandchild, of course , served a couple of fried chicken pieces, but I won't open THAT barrel here, thank you very much). But what remains after the 104 minutes of film? Not much.

An over-turned, bumpy trick vehicle in the middle part, in which the computer effects are the focus instead of supporting the story. And since the new version lacks the dark, serious, and at times really scary of the first film adaptation (who doesn't remember the story of little Erica who was locked in a painting and died in it as an old woman?), There is no reason to prefer the 2020 version to the original. Too bad. But not very surprising.

Facts about the film

"Hexen hexen" runs in the cinema from October 29th.