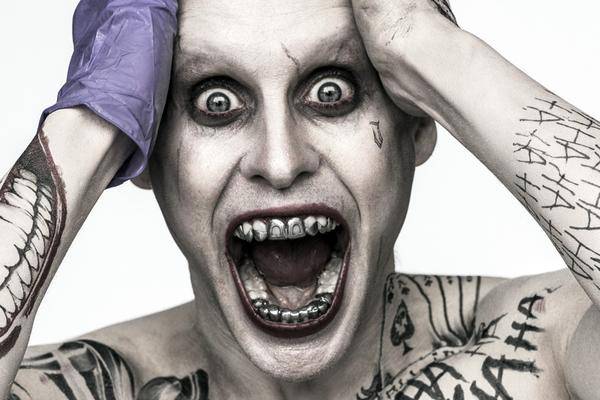 Polish the grillz and style the green hair: Jared Leto returns as the Joker! The actor will slip into his old "Suicide Squad" role again for Zack Snyder's "Justice League" version. The four-hour Director's Cut is scheduled to premiere on HBO Max in 2021.

Jared Leto's Joker did not appear in the theatrical version of "Justice League" . It's not clear whether Leto's Clown Prince of Crime should appear in the original version before Snyder left the project in early 2017 and turned the director's post over to Joss Whedon. It is also unclear how big Leto's role in the new Snyder cut will be.

One thing is certain: the re-shoots for "Zack Snyder's Justice League" should begin this week. In addition to Jared Leto, according to The Hollywood Reporter , Ben Affleck, Ray Fisher and Amber Heard will be back in front of the camera as Batman, Cyborg and Mera.

Leto has often expressed a desire in the past to return to the DC Extended Universe as the Joker. The casting of Joaquin Phoenix for the standalone film "Joker" was all the more bitter for the Oscar winner. Even in Birds of Prey: The Emancipation of Harley Quinn , Leto's character didn't even make a cameo. Now it seems like Warner Bros. and Leto have smoothed things out.

When will the Snyder-Cut come to Germany?

"Zack Snyder's Justice League" will appear as a four-part event on HBO Max in 2021 – but this release applies to the USA. When and where the Snyder-Cut will be released in Germany is still unclear. In view of the cooperation between HBO and Sky in the past, the chances are probably good that the Justice League will be available in this country via Sky subscription.