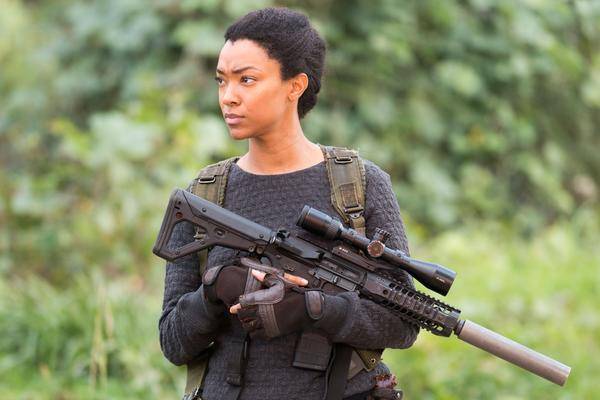 We have known for a long time that “The Walking Dead” is about to end. And also that the walkers in the spin-off series "Tales of the Walking Dead" will return to the screens. A former star from the main series would also love that.

Sonequa Martin-Green played Sasha Williams up to the seventh season of “The Walking Dead” and immediately afterwards took on the lead role in the science fiction series “Star Trek: Discovery”. In an interview with Entertainment Weekly , the actress said that she would love to take part in the zombie series "Tales of the Walking Dead".

"I would love that!"

Literally, when asked if she would take part in the zombie apocalypse again after leaving “TWD”, Martin-Green said: “I think that's great. I would love that. I love sasha. I love 'The Walking Dead'. "

And further: “That was my family before this family. What a gift, by the way, that I was able to be in two situations in a row that feel so familiar and that reach so many people. I would love to do that. That would be such fun ”.

I think I can read between the lines that she is not entirely averse to the idea.

The end is the beginning

Although "The Walking Dead" ends after the eleventh season, with "Tales from the Walking Dead" the (un) dance of death continues – at least that's the plan of the makers. As in an anthology, we should see different stories here, and sometimes meet well-known (and already dead) characters again.

So far, however, AMC has not given the green light, so it could be that the "Tales" will not run for a few years – if at all. Let's keep our fingers crossed!