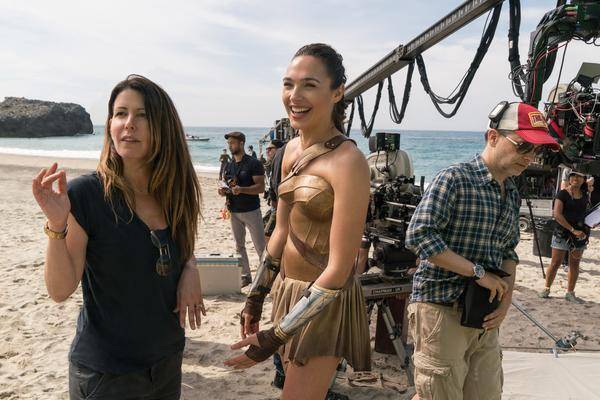 Gal Gadot and Patty Jenkins will soon be heading from the island of the Amazons to ancient Egypt! The "Wonder Woman" leading actress and director team up again after two DC films and shoot the biographical drama "Cleopatra" for film studio Paramount Pictures.

Patty Jenkins directs the biopic drama. The script will be penned by Laeta Kalogridis ("Alita: Battle Angel", "Shutter Island"), reports The Hollywood Reporter . Gal Gadot himself will slip into the role of Cleopatra, a role that was shaped by the portrayal of Hollywood diva Elizabeth Taylor in 1963.

Gal Gadot wanted to shoot "Cleopatra" for a long time

Gal Gadot himself came up with the idea for "Cleopatra". She has wanted to make this film for a long time, the actress explains in a new tweet. "I love to go on new trips. I love the excitement of new projects, the thrill of bringing new stories to life," enthuses Gadot. "'Cleopatra' is a story I've wanted to tell for a long time. I couldn't be more grateful for this top team!"

"Wonder Woman" duo on the wave of success

Gal Gadot and Patty Jenkins' first film together, "Wonder Woman", is the most financially successful feature film ever made by a filmmaker. The comic book adaptation grossed over 821 million US dollars worldwide (via Box Office Mojo ). In order to win Jenkins for the upcoming sequel, "Wonder Woman 1984", the film studio Warner Bros. went to great lengths and closed a record deal with the director . The new DC film is scheduled to open in German cinemas on December 23, 2020 – unless the corona pandemic intervenes again.