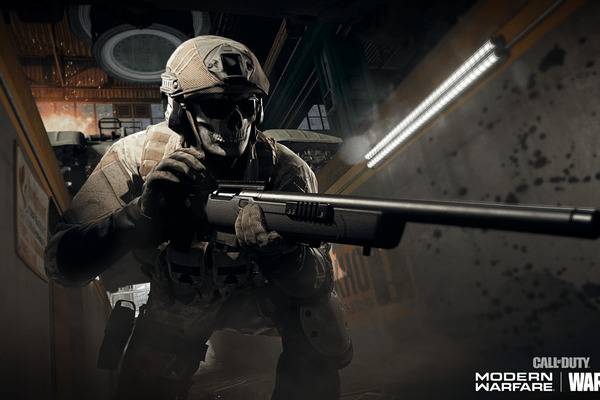 The new weapons in Call of Duty: Modern Warfare and Warzone are causing a lot of excitement. One rifle shoots easily through the thickest walls, and the other weapon also ignores the laws of physics. Infinity Ward has now announced that a patch for the two super weapons is in the works.

Since the season 6 update, the new rifles AS VAL and SPR-R 208 have generated a lot of frustration among "Call of Duty" gamers. At first it was only known that the AS VAL assault rifle mistakenly shoots through several thick walls and the damage reduction is completely ignored. But there is also a bug in the DMR SP-R 208 that turns the rifle into a super weapon, as Gamerant reports.

With the right equipment, the SP-R 208 shoots like a laser

If players use the SP-R 208 with .338 Lapua Mag 5-R magazines, the rifle turns into a hitscan weapon. This means that fired bullets hit their target without delay. Furthermore, there is almost no bullet drop (lowering of the projectile at high range). Players do not have to take into account the movement or distance of a target when aiming the weapon. If the target is in the crosshairs, pressing the trigger guarantees a hit. Thanks to the bug, one-hit kills with a headshot are possible over a distance of around 405 meters.

Patch could come in the next few days

Both weapons are much stronger than they should be, the developer now knows that too. Ashton Williams, Senior Communications Manager at Infinity Ward, wrote on Twitter: "We are currently testing a patch with weapon tuning for the AS VAL and SP-R 208. If there are no unforeseen problems, we will publish it as soon as possible."

There is still no date for the release of the patch, but normally there are only a few days between the tweets from the communications manager and the release of a patch. However, not all gamers wait for the patch. Some players especially liked the hit scan of the SP-R 208 and enjoy hunting with the weapon in "Warzone". They will probably not be able to use the wonder ratchet for a long time.