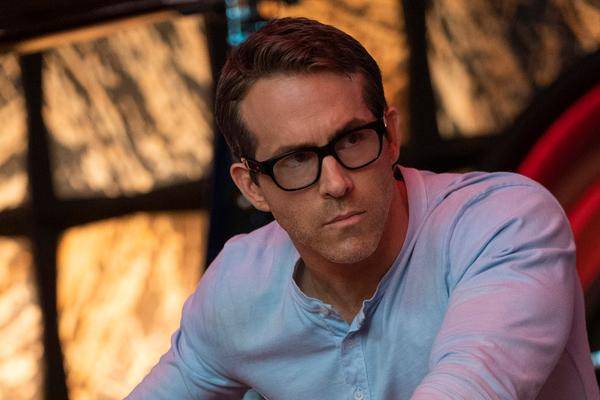 There was just the teaser for the new "Free Guy" trailer, it's already online! In the clip, protagonist Guy, played by Ryan Reynolds, has to realize that he is not real at all – and certainly not "Arnold freaking Schwarzenvader"!

This is what game designer Antoine (Taika Waititi) calls him in the "Free Guy" trailer and demands: "Terminate him!" I save myself translating that at this point.

"Free Guy" trailer with Guy aka Deadpool aka Ryan Reynolds

The new trailer is just as crazy as the first, but it gives a little more insight into the story. Admittedly: It all seems very kitschy, superficial and predictable. But something inside of me says: I really want to watch "Free Guy". Is it due to lead actor Ryan Reynolds ? Possible. The way he plays his character is certainly not reminiscent of Deadpool by accident. Somehow a lot of Ryan Reynolds lately reminds me of Deadpool. Or does the mercenary with the big mouth look a lot more like Ryan Reynolds?

The comments under the "Free Guy" trailer are almost even more entertaining, because they perfectly summarize the premise of the film: "If 'Ralph's enough' and 'Ready Player One' had a baby, it would be 'Free Guy'. " Another writes: "Is Ryan enough?", Alluding to the Pixar film .

Another relevant post: "I don't care if the movie is bad, it's not a remake after all!" True words! And hey, in the end, computer game fans in particular will have their real joy, as they can go on an Easter egg search – similar to "Ready Player One".