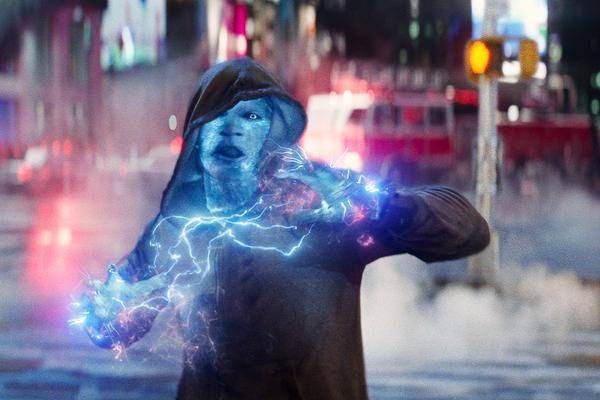 Electrifying news for Marvel fans: Jamie Foxx will take on the role of villain Electro again for the upcoming third "Spider-Man" movie starring Tom Holland. Foxx first appeared in 2014 in "The Amazing Spider-Man 2: Rise of Electro" as an opponent of Andrew Garfield's Spidey.

Details of the story of the third "Spider-Man" film with Tom Holland are not yet known, but the comeback of Jamie Foxx as electro should make the fans sit up and take notice. After all, Foxx's return means a direct link between the older "Spider-Man" films that Sony Pictures produced alone and the films with Tom Holland that are officially part of Disney's Marvel Cinematic Universe.

Sony's Spiderverse and the MCU are moving closer together

The first overlap between the old and new Spidey films was in "Spider-Man: Far From Home". In the sequel, JK Simmons appeared as J. Jonah Jameson – a character Simmons played in the trilogy with Tobey Maguire. Foxx's return to electro should be much more than just a nice Easter egg for long-time fans.

Lots of returnees for "Spider-Man 3"

Jon Watts, who directed "Spider-Man: Homecoming" (2017) and "Spider-Man: Far From Home" (2019), will also direct the upcoming sequel, according to The Hollywood Reporter . For the US theatrical release, Sony is currently considering a date at the end of 2021. However, it is questionable whether this will continue in view of the continuing rampant corona pandemic.