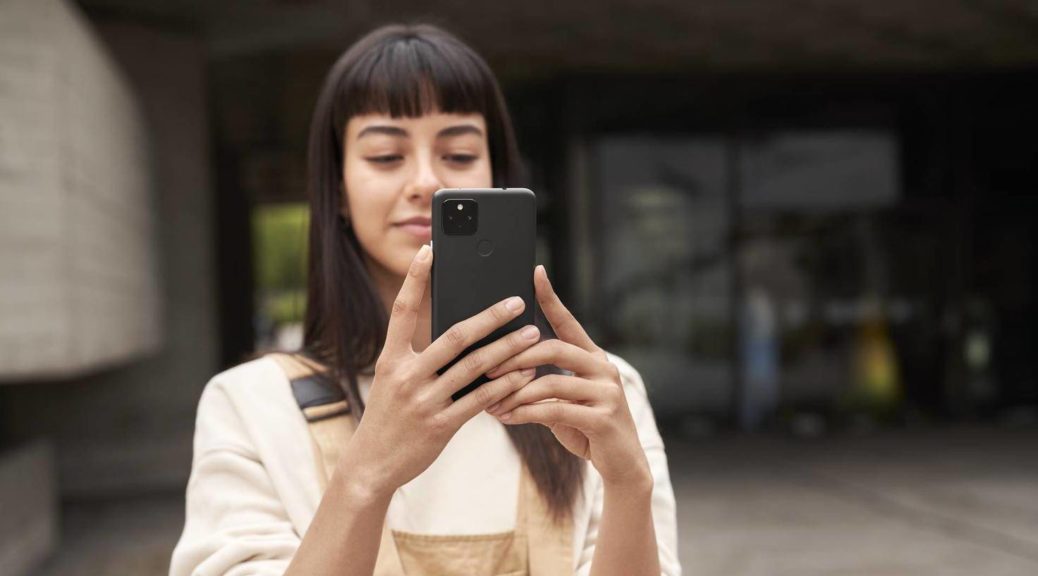 On Wednesday, Google presented its latest top smartphone, the Pixel 5 – and the cheaper Pixel 4a 5G. Although both models have different names, they have almost the same features.

Google presented two new smartphones on September 30th : In addition to the Pixel 5, which is the successor to the Pixel 4, the manufacturer is also launching its offshoot, the Pixel 4a 5G. Although the names suggest that these are smartphones from different generations, the design and features speak a different language.

A flagship of the upper middle class

The Pixel 5 is a 6-inch device with a Full HD OLED display and a refresh rate of 90 Hz. According to Google, the housing is made of recycled aluminum and should still support wireless charging via induction. In contrast to last year's model, there is again a fingerprint sensor for unlocking on the back, but face recognition is omitted, as is the radar for gesture control of the Pixel 4.

Inside the Pixel 5 is not the high-end Snapdragon 865 processor, but the somewhat weaker but significantly cheaper Snapdragon 765G, which has an integrated 5G modem. This is flanked by 8 GB of RAM and 128 GB of data storage as well as a 4080 mAh battery.

The main camera includes two lenses. In addition to the 12.2 megapixel main sensor, a 16 megapixel ultra-wide-angle lens is also used. The front camera offers 8 megapixels. The Pixel 5 can film with the main camera in a maximum of 4K with 60 FPS.

The Pixel 4a 5G is actually only slightly different from the Pixel 5. The basic design is actually the same. For the Pixel 4a 5G, however, Google uses a plastic housing and does not use wireless charging. At 6.2 inches, the OLED display is even slightly larger than the Pixel 5 and also offers the same resolution, only the refresh rate is lower at 60 Hz.

The processor inside is also the same, as is the data memory of 128 GB. Slight compromises have to be made in the RAM and the battery. Google installed 6 GB of RAM and 3885 mAh here. The camera equipment of the Pixel 4a 5G is identical to that of the Pixel 5.

Compared to the Pixel 5, the Pixel 4a 5G is not waterproof according to the IP68 standard, but has a classic headphone connection.

In terms of price, however, the models are quite far apart: The Pixel 5 should be available from October 15 for 613.15 euros, while the Pixel 4a 5G will even appear in November for 486.40.