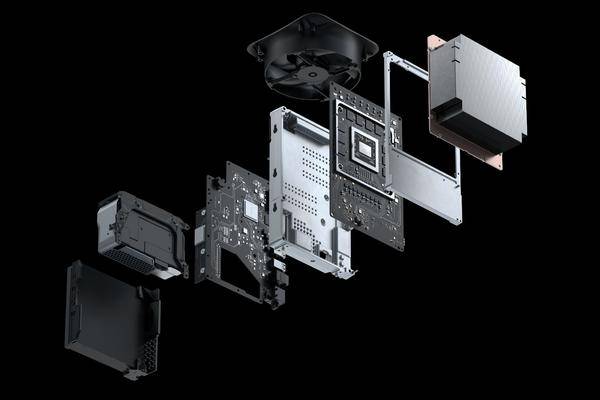 We can finally see the next-gen console in action in the many hands-on videos for the Xbox Series X. Testers show us the extremely fast loading times and the consistently high frame rate for backwards compatible games. In addition, we now know the size of the freely available memory. It is 802 GB.

According to Microsoft, the Xbox Series X has an internal SSD with a size of 1 TB. As IGN has now found out in hands-on, the size of the available memory is only 802 GB. The rather large difference can be traced back to two aspects. First: Hard drives advertised with 1 terabyte of storage are not exactly 1 terabyte in size. Second: Part of the available memory is already used for the operating system.

1 terabyte is not exactly 1 terabyte

Anyone who has ever built a hard drive into a PC themselves is familiar with the phenomenon: The completely free 1 TB hard drive actually only has 931 GB of available memory. But why? This is because the memory manufacturer's marketing departments calculate the memory sizes differently than is technically correct. Simply assume that 1,000 bytes are 1 kilobyte. In reality, however, only 1,024 bytes result in exactly 1 kilobyte.

The 1 TB hard drive on the Xbox Series X should also be around 931 GB. And then the operating system comes into play.

According to IGN, a brand new Xbox Series X has 802 GB of free space. This means that the operating system and the associated files take up more than 100 GB of memory, which cannot be used otherwise.

However, gamers with many games have several options for expanding the memory of their Xbox. You can either use Seagate's special 1 terabyte memory cards (the actual memory size is 920 GB) or use external hard drives, which are, however, significantly slower than the official memory cards.