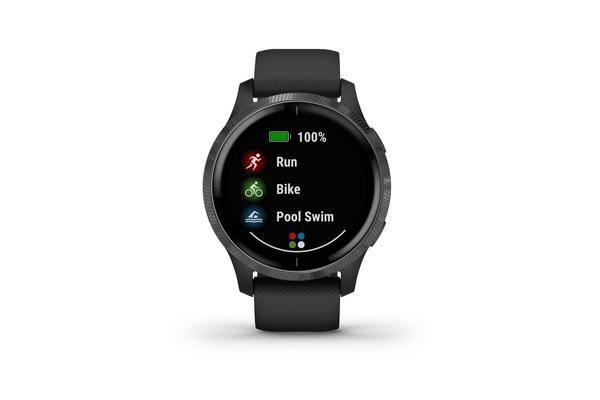 Another addition to the Garmin family: The Garmin Venu SQ will be released this week. With its square shape, the GPS smartwatch is visually very different from its predecessor. In terms of price, the wearable has slimmed down significantly.

The abbreviation SQ is derived from the English word "square", which means "square" in translation. Garmin previously preferred a round design and with the Venu SQ is optically closer to the smartwatches of the competition such as Apple Watch and Fitbit Versa. At 200 euros, it should be significantly cheaper than its predecessor Garmin Venu, as reported by Gadgets & Wearables . The RRP of the Venu is just under 350 euros.

In return, the Venu SQ cuts back on the display. Instead of an AMOLED display, the Venu SQ uses a color LCD display with liquid crystal display. The resolution has dropped from 390 x 390 to 240 x 240 pixels. The SQ model is operated via a touchscreen and two physical buttons. The wearable also uses the GPS, GLONASS and Galileo navigation satellite systems. An NFC sensor enables contactless payment from the wrist.

There are no restrictions on the fitness functions: The Venu tracks up to 20 sports and creates suitable training plans for the user. The wearable measures the heart rate and blood oxygen of the wearer and can calculate their stress level and necessary rest periods. In addition, a music version of the Venu SQ is to appear. It contains four gigabytes of memory to store up to 500 songs on the smartwatch. In addition, music from audio streaming services such as Spotify, Amazon Music or Deezer can be played. The music version should cost 50 euros more than the basic model.

The Venu SQ has not yet been presented in Europe. But Garmin Hong Kong has announced the square GPS smartwatch for September 24th. Presumably, it should also come onto the market in Germany at the same time or with little delay.