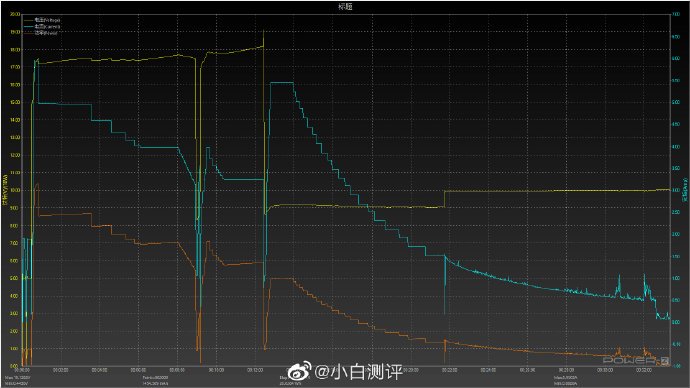 If there is something that surprised us about the Xiaomi Mi 10 Ultra it was its fast charging of 120W. And it is that, in just 23 minutes it was able to charge 100% of its battery and we speak in the past tense because it is no longer like that.

Apparently, as we have been able to read through Weibo , after the last update received by the Xiaomi Mi 10 Ultra it has stopped having such a fast fast charge . If before it took a total of 23 minutes, now it takes 10 more minutes to charge 100% in 33 minutes .

This is given by the new charging technique that Xiaomi has implemented in its most ambitious flagship. In order to preserve a more stable temperature , the 120W fast charge is only used in its entirety for 13 seconds and not for a minute as before.

Charging time of the Xiaomi Mi 10 Ultra after its last update (watts / time).

In this way, the Xiaomi Mi 10 Ultra starts to charge much faster during the first 10 minutes of charging, while the rest does it more slowly, thereby prolonging the charging time to 33 minutes.

On the one hand, the percentage of charge that was obtained after the first 10 minutes is improved, but on the other hand, the total duration is prolonged if what we are looking for is to charge the entire device. A new technique that continues to make the Xiaomi Mi 10 Ultra one of the most advanced fast-charging devices on the market and that also does it in a more correct, stable and safe way .