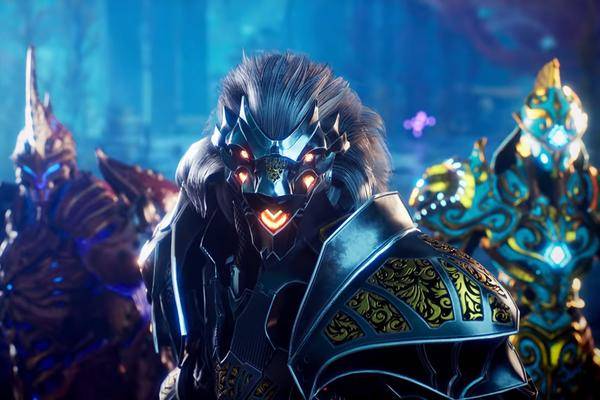 A new trailer shows fresh gameplay from "Godfall" – and a brightly colored game! The loot flogger for PlayStation 5 and PC has not been able to generate so much enthusiasm so far, with the new video that could slowly change.

"Godfall" had a moment in the spotlight a few months ago mainly because it was the first game announced for the PS5. Otherwise, the reactions to the co-op action game, in which you fight enemies as a knight in animal armor, were rather lukewarm. Under the new gameplay trailer on YouTube, however, there is now positive feedback from fans.

In fact, the game has probably never looked so chic and dynamic in any video. The landscapes are bursting with colors and details, the characters whiz through the arenas with agile maneuvers. The trailer shows both duels with smaller opponents and attacks on massive bosses. The very polished fighting system is clearly reminiscent of the PS4 hit "God of War": powerful blows, nimble evasive maneuvers and the quick-reacting exploitation of gaps in the cover of the enemy seem to be indispensable in combat.

"Godfall" appears in these editions

Publisher Gearbox has also announced in which versions "Godfall" will appear in winter 2020.

"Godfall" pre-orders will also receive additional skins, an item starter pack and the weapon "Zero's Sword" – a sci-fi sword from the "Borderlands" series from the same publisher.