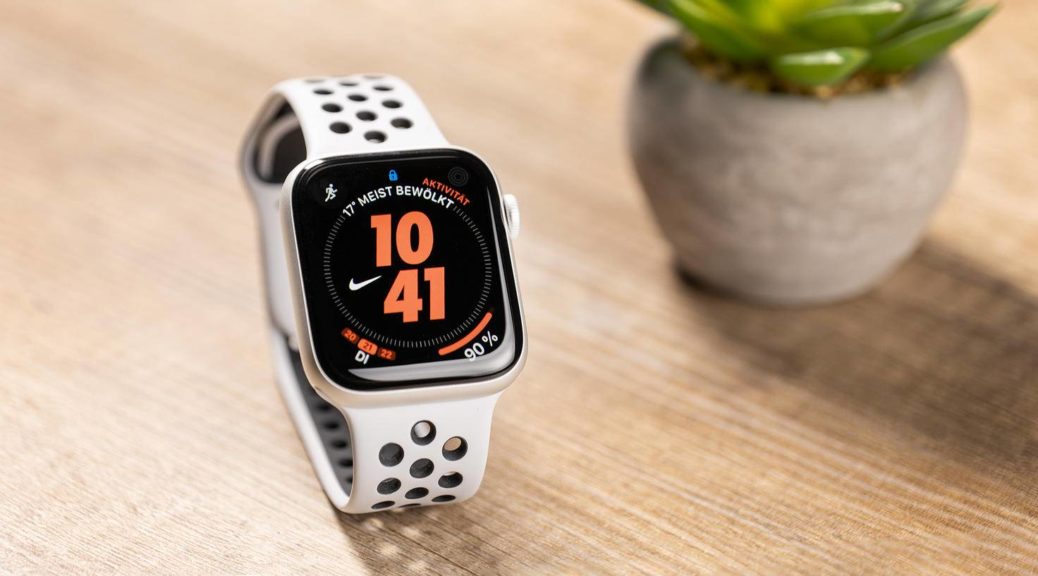 Apple will present new products on September 15th as part of a keynote. We take a look at the novelties the company could show – but the iPhone 12 may not be among them.

We are expecting the successor to the Apple Watch Series 5. Picture:

It is taken for granted that Apple will present a new version of its Smartwach. The Apple Watch Series 6 should score points above all with new health features. Since Apple will introduce sleep detection with watchOS 7, the new Apple Watch will be equipped with this feature. It is conceivable that the manufacturer will give the new model special hardware for even more precise detection. Keyword: SpO2 sensor.

Apple is inviting you to its traditional autumn keynote on September 15 at 7 p.m. German time. Like WWDC 2020, the show will take place in digital form and without an audience. As always, the event can be followed live on the Apple website .

The SpO2 sensor can measure the level of oxygen in the wearer's blood. In this way, signs of illness can be recognized at an early stage, such as sleep apnea or anxiety. There are already some wearables on the market that are equipped with this sensor. The problem with this is that the data is usually not really reliable, since oxygen saturation is usually measured on the finger – and not on the wrist, as smartwatches do.

It is also clear that Apple is installing the latest technology inside the smartwatch, above all a more powerful processor. In addition, the Apple Watch Series 6 could be protected against dust and dirt and have a corresponding classification. So far, the current generation, the Apple Watch Series 5, only offers protection from water for 30 minutes up to a depth of 50 meters.

A new tablet is also considered safe, most likely the iPad Air 4 – the new generation of Apple's popular Air range. Not too much is known about the new edition. It is conceivable that the iPad Air 4 will have a narrower display frame and thus achieve a screen diagonal of 10.8 or 11 inches.

In this case, the home button and Touch ID sensor, which is still placed directly under the screen on the iPad Air 3, would give way. Apple should then integrate the fingerprint sensor into the power button on the side of the iPad case – and would thus go the way that other manufacturers such as Sony are also taking with smartphones.

While the new A14 chipset could power the iPad Air 4, Apple is likely to replace the long-standing Lightning connector with a more advanced USB-C port – as it did with the iPad Pro. And: A Smart Connector for connecting a keyboard should also be available. According to rumors, the Smart Keyboard with Trackpad, so far exclusively available for the iPad Pro, could also work with the new iPad Air 4.

Will the iPhone 12 arrive in September or – more likely – not until October? Image: © YouTube / EverythingApplePro 2020

The iPhone 12 is capable of 5G and comes in four different versions: with 5.4 and 6.7 inches as well as twice with a 6.1 inch screen diagonal. Two high-end models are intended to complement two normal versions.

The high-end smartphones with 6.1 and 6.7 inches should have a triple camera and a 120 Hz display for particularly smooth image reproduction. The standard versions have to be content with a dual camera and an ordinary screen. After all, LCD should no longer play a role for this year's line-up – and all iPhones have a high-contrast OLED screen.

The only problem: It can be doubted that Apple will present the iPhone 12 at its September keynote. Industry experts like Mark Gurman from Bloomberg expect the event to take place without a new iPhone.

The main reason: The production schedule has got into trouble due to the tense health situation around the world. There is therefore a staggered release in the room: Initially, two iPhones could go on sale soon, while the flagship smartphones will not come onto the market until a few weeks later.

Apple should reveal new information about the release of iOS 14. Image:

If the iPhone 12 isn't coming, then at least iOS 14 – the new iPhone update. Among other things, it brings with it a more flexible widget management: For the first time, widgets can be placed directly on the home screen, whereas previously they had a niche existence in a separate area. In addition, thanks to the new app media library, apps are sorted more clearly and compactly, and categorized at the push of a button if required. iMessage should be properly polished up, group chats get a better range of functions.

The key question is: when is iOS 14 coming? Apple remains nebulous in this regard, only speaks of a release in the fall – as is well known, a flexible term. Let's take a look back: So far, Apple has always released the new iOS update together with a new iPhone, usually a few days before the phone was released. This time it could turn out differently: It is somewhat likely that Apple will also reveal the date for iOS 14 in the September keynote. And maybe everything will go very quickly and the publication will take place promptly, several weeks before the iPhone 12.

For a long time there has been speculation about the AirPods Studio: is it finally that time? Image: © MacRumors 2020

Observers expect the release of numerous other products this year, including a new Apple TV, the premium over-ear headphones AirPods Studio, the small, tile-like Bluetooth tracker AirTags – and last but not least a smaller and cheaper HomePod.

It is completely unclear whether Apple will present the new products in September or not until October. Here it means: wait. And what about new Macs? The first Macs based on the ARM architecture are also expected for this year, i.e. without the Intel chipsets previously used.

Apple wants to install the same processor architecture in the Macs as is used in iPhones and iPads. The advantage: hardware and software are even more from a single source, which means better performance can be achieved. Apple may not present the new Macs until a later date – when the curtain falls on the iPhone 12, i.e. sometime in October.