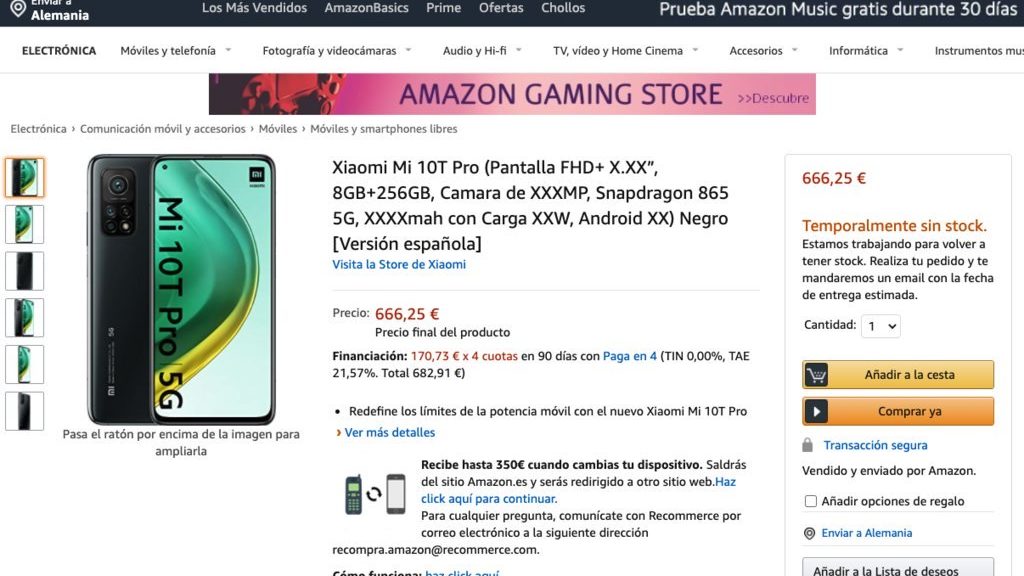 After leaking their first renders, the Xiaomi Mi 10T and Xiaomi Mi 10T Pro have been listed on Amazon Spain in the face of what apparently has been one of the biggest oversights made by the platform so far this year.

And it is that, sold and shipped by Amazon, the Xiaomi Mi 10T and Mi 10T Pro have been listed on the famous online sales platform along with a somewhat high price that we already anticipated this morning.

As we can see in the following image provided by GIGA.de , the Xiaomi Mi 10T Pro appeared on Amazon without prior notice and at a price of no less than 666 euros . A quite considerable increase if we take into account the 449 euros for which the Xiaomi Mi 9T Pro was officially sold. 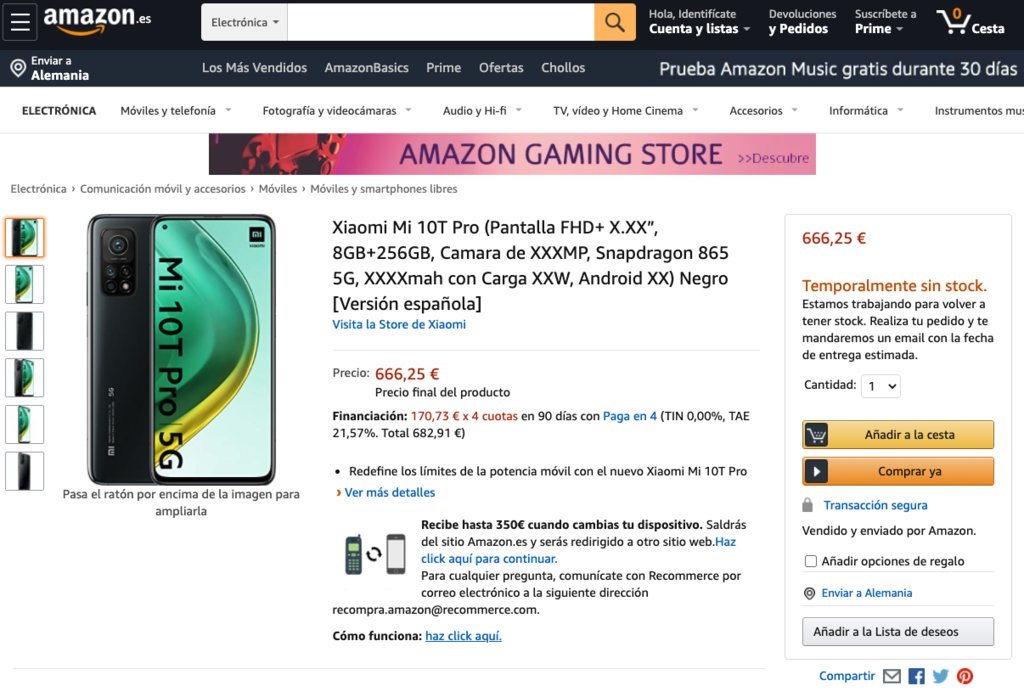 This price would correspond to the variant with 8GB of RAM and 256GB of internal storage of the Xiaomi Mi 10T Pro, a fairly high cost that would be given by novelties such as a 144Hz AMOLED screen or a 108MP camera at the height of the Xiaomi Mi 10 and My 10T Pro. 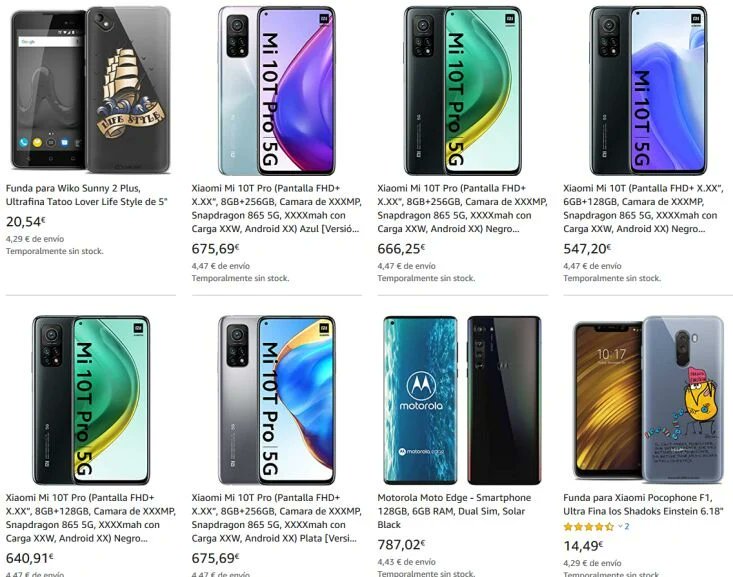 Capture from Amazon where the Xiaomi Mi 10T and Mi 10T Pro appeared.

At the time of writing this article, Amazon has withdrawn the purchase link , where the Xiaomi Mi 10T was also offered for no less than 547 euros .

At the moment it is unknown if it was really a price mistake or if it was really a mistake carried out by some Amazon personnel. What is clear that the publication was not from third parties, but from Amazon itself in a product sold and shipped by it.

At the moment we can only wait and see what Xiaomi has prepared for us . Let's not forget that the firm has already confirmed that new devices belonging to the Mi 10 family would be launched this September.