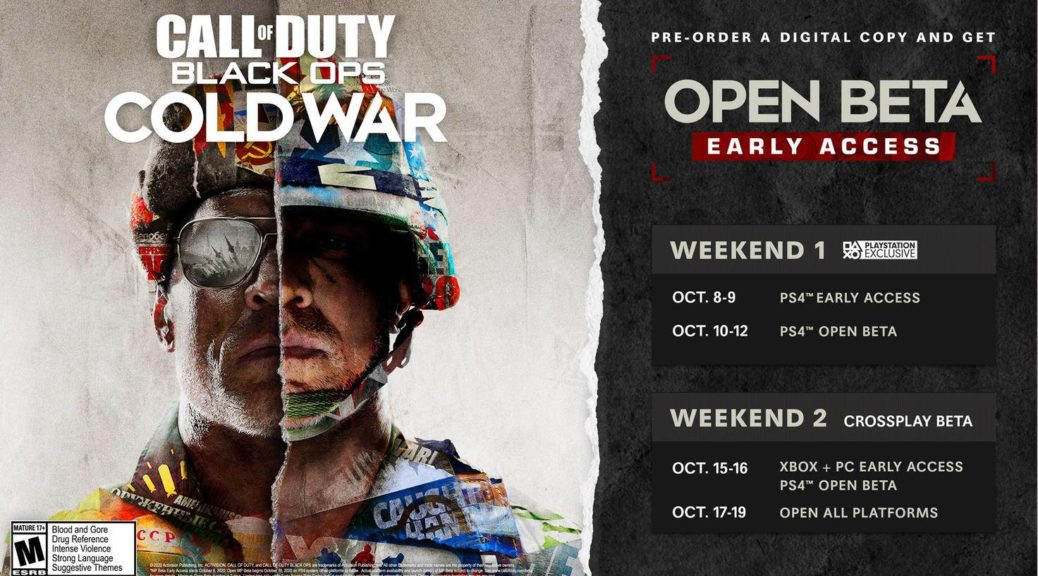 Try "Call of Duty: Black Ops Cold War" in advance: Before the shooter appears in November, there will be several beta phases. You can find out all dates and how to participate in this overview.

The beta phases for "Call of Duty: Black Ops Cold War" will take place over two extended weekends in October. Sometimes the test phases are only open to pre-orderers, sometimes only owners of certain platforms are allowed to participate, but sometimes they are also open betas for anyone interested.

An Xbox Live Gold subscription is required on Xbox One to participate in the Open Betas. You need a Battle.net account on the PC. On the PS4 you need a subscription to PlayStation Plus – but according to publisher Activision only "in some regions". More information should follow here.

The first beta weekend will take place from October 8th to 12th – for PS4 players only.

Second beta on all platforms from October 15th to 19th

The "Crossplay" beta of "Call of Duty: Black Ops Cold War" is open to gamers of all platforms and lets gamers on PC, PS4 and Xbox One play with and against each other. Again, there are different rules for pre-orderers:

What content can be played in the "CoD" beta?

So far it is not known which modes of "Call of Duty: Black Ops Cold War" you can try out in the beta phases.