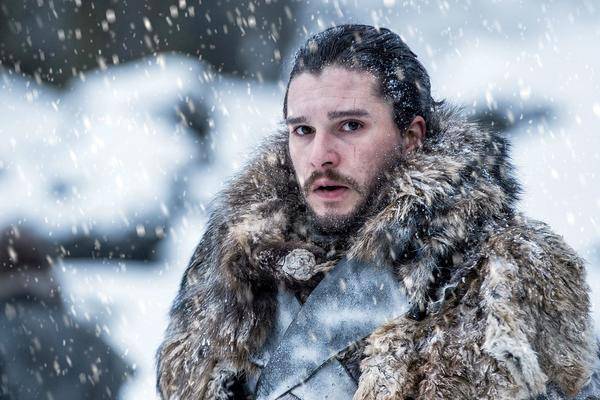 "You don't know anything, Jon Snow" is probably one of the most famous quotes from "Game of Thrones". And we can confidently extend this wisdom to Jon actor Kit Harington. Until the end he thought that he would eliminate the Night King in the final season – a clear misjudgment, as we now know.

Arya actress Maisie Williams reveals in an interview with The Hollywood Reporter that Harington was even announced relatively early that he would kill the "GoT" antagonist. Williams is happy that things turned out differently.

It was promised to Kit Harington in Season 3

"And then he read the script and it's Arya the whole time," says the actress happily. Maisie Williams is of course happy about this development. "I think it would have been too obvious if it had been Jon. I'm glad it was Arya, honestly. I think I had the best storyline in the final season."

As a reminder, Jon Snow is fighting Revenants in Winterfell when Arya kills the Night King, wiping out the White Walkers.

Maisie Williams annoys her "GoT" colleague

However, Williams is generous enough not to insist on her victory. She and her colleagues would raise Harington in a text group, but that would be about other things. "I probably can't say which ones," the actress teases with a laugh. "But I don't tease him with my dagger scene. But maybe I should. This is a new weapon that I could use."