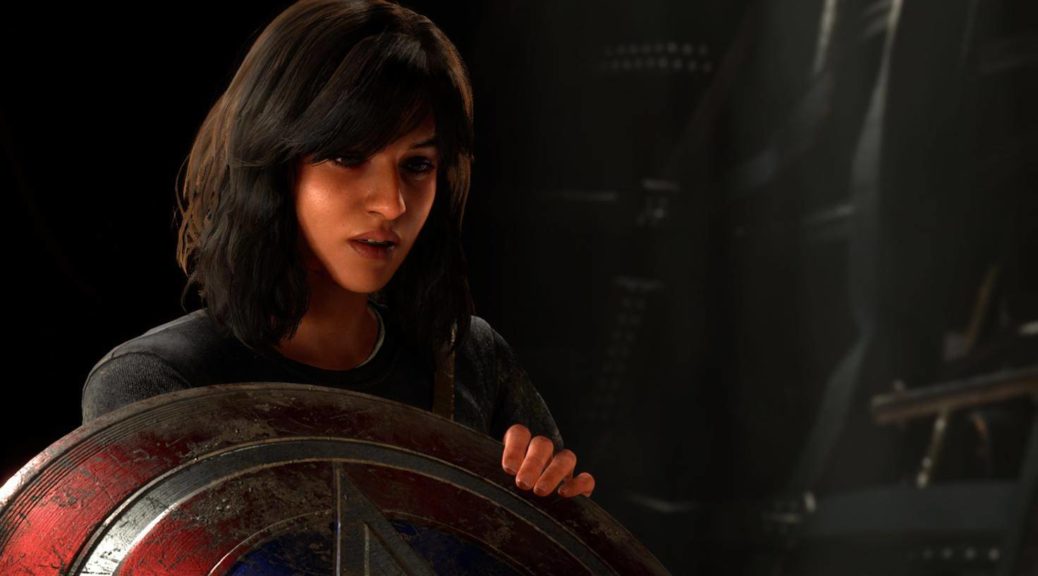 "Marvel's Avengers" didn't do well for me in the preview and beta, but the finished game is unexpectedly fun. Nevertheless, the new loot brawler has some deficits – it's a shame that this is now part of the new releases. My impressions of the release of the new co-op action game.

Testing a game like "Marvel's Avengers" is a thankless task. Chrystal Dynamics' new superhero game is a so-called service game: It cannot be played through in the classic sense – the endless game will continue to offer new challenges after the campaign, with new Marvel characters, new equipment and regular in-game events. With constant updates, in a few weeks it will likely be a completely different game than it is today.

This is now common practice, once mediocre titles such as "Destiny", "The Division" and even "Star Wars Battlefront 2" were continuously improved upon release. Over time, the games were able to win over euphoric regular players. A release test basically says little – if it weren't for cases like "Anthem", with which "Marvel's Avengers" was recently often compared. But I'm anticipating, let's first talk about everything that Chrystal Dynamics did really well!

Who would have expected that? A good campaign!

In the beta, I only got a brief glimpse of the single player campaign, which focuses on Kamala Khan aka Ms. Marvel. In combination with the prologue of "Marvel's Avengers", the excerpt looked like an outdated tutorial full of quick-time events and linear hit-and-run action. In the finished game, I surprisingly like the story about the young Kamala – Sandra Saad, Kamala's spokeswoman in the English original, shouldered the story almost single-handedly with the clumsy but sympathetic nature of the heroine. The rest of the cast is also excellent – thanks to great speakers like Troy Baker (Bruce Banner) and Laura Bailey (Black Widow), both known from "The Last of Us Part 2". The German synchro, on the other hand, seems wooden to me.

Best choice: Kamala Khan aka Ms. Marvel is the focus of the campaign. Image: © Screenshot 2020

The "over-monetization" feared before the release is of little consequence at the beginning. Sure, there is a lot to discover in all corners and ends, the planned battle passes for later heroes are still a long way off. However, it remains to be seen how the endgame will feel when everything in "Marvel's Avengers" is grazed. This cannot be tested for online games before the release. The very fact that each of the heroes plays completely differently and can be leveled up in a variety of ways offers a lot of replay value and long-term motivation. Maybe I can get by for a longer time without paying additional content.

Otherwise, "Marvel's Avengers" generally seems confusing to me. It starts with the menu navigation: Where can I see the exact number of my experience points? How do I get to the dealers in the bases in multiplayer? The confusion continues in the gameplay: Especially in co-op play, the overview is quickly lost when several heroes in the half-open worlds fire their explosive special abilities at the same time and thus throw various opponents all over the field. In addition, the maps are usually either too extensive or too narrow – the level design wants to make every world playable for both lone fighters and teams of four.

Right at the beginning, "Marvel's Avengers" overwhelms me with tons of terms and awkwardly named values, which I therefore ignore for the time being: Perks that promise me equipment and skills are difficult to classify at first, and right at the beginning there are nine different crafting resources. Something is blinking everywhere, news pops up. This is normal for loot grind games of this kind, but a well-dosed introduction would have been good for the game.

A lot going on: It's getting colorful on my screen – even without multiplayer. Image: © Screenshot 2020

Rhythm & Flow: There is more, but it will be fine!

The transition from the campaign to the open co-op part of "Marvel's Avengers" is fluid. After the main story, there is a separate mini-campaign for each hero, which can also be played solo. There are also further mission series for specific factions, orders and challenges, the multiplayer can be selected separately in the menu. The gameplay always feels largely identical. However, the co-op missions seem strangely flat, their rhythm is monotonous. Where games like "The Division 2" alternate between exploration, fighting and bossing with a well-timed flow, in "Marvel's Avengers" I've had to defeat wave after wave of opponents – and then the mission is over.

I also had technical problems on the PC despite the recommended system requirements. But it is as described at the beginning: With service games, deficiencies are completely normal for the release. Over the next few months, the developers will hopefully expand, restructure, and expand "Marvel's Avengers" based on data and player feedback. The potential is there. I suspect that the game will lose screen time from my cross, which I didn't know was still in me – because despite all the skepticism, "Marvel's Avengers" has been a lot of indecent fun.

Conclusion: where does he get the jackets from?

Chrystal Dynamics now has to show that "Marvel's Avengers" is making progress. Experience shows that endgame replenishment is the biggest problem in service games. The "Anthem" mentioned at the beginning did not fail because of gameplay or technology, but because of a lack of content and weak mechanics for frequent gamers. As a Marvel fan, I sincerely hope that the developers for "Marvel's Avengers" will find the formula for success – and at some point I will find out where Bruce Banner always gets the shield jackets from when he turns back from the Hulk.