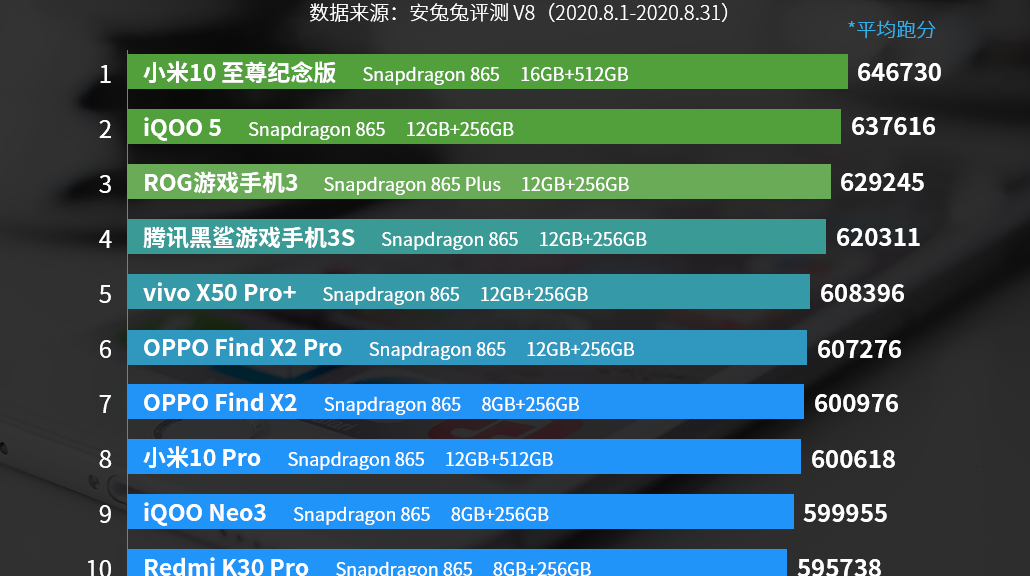 After losing the first position a few months ago, Xiaomi once again became the king of performance according to AnTuTu and also without the need to make use of the Snapdragon 865 Plus.

Again, the famous benchmarks platform returns to provide us with its latest statistics. On this occasion, a new TOP 10 where Xiaomi is crowned with its Xiaomi Mi 10 Ultra , considered the most powerful of the moment.

In detail, the Xiaomi Mi 10 Ultra manages to obtain a total of 646,730 points in AnTuTu in its variant equipped with the Snapdragon 865, 16GB of RAM and 512GB of storage. 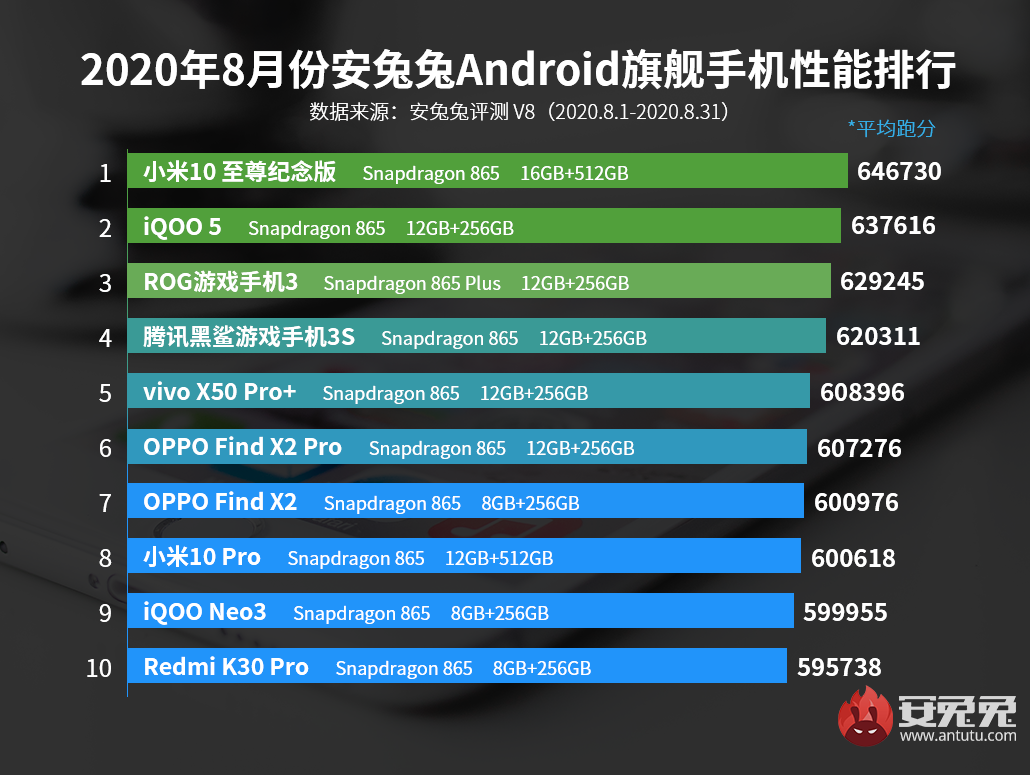 Ranking AnTuTu where Xiaomi returns to lead the list.

In second position, somewhat away from the Xiaomi device, we find the iQOO 5 with a total of 537,616 points. Likewise, in third position is the Asus ROG Phone 3 with 629,254 points.

In addition to these devices, Xiaomi manages to position some other of its devices in this list or AnTuTu performance ranking. The Xiaomi Mi 10 Pro or the Redmi K30 Pro are positioned in eighth and tenth position respectively.

In addition, the Black Shark 3S , a device launched a few months ago by Xiaomi's business partner, manages to position itself as the fourth most powerful on the market.

A new performance ranking that makes two things clear: that Xiaomi is once again the king of performance and that for this it is not necessary to use the Snapdragon 865 Plus.