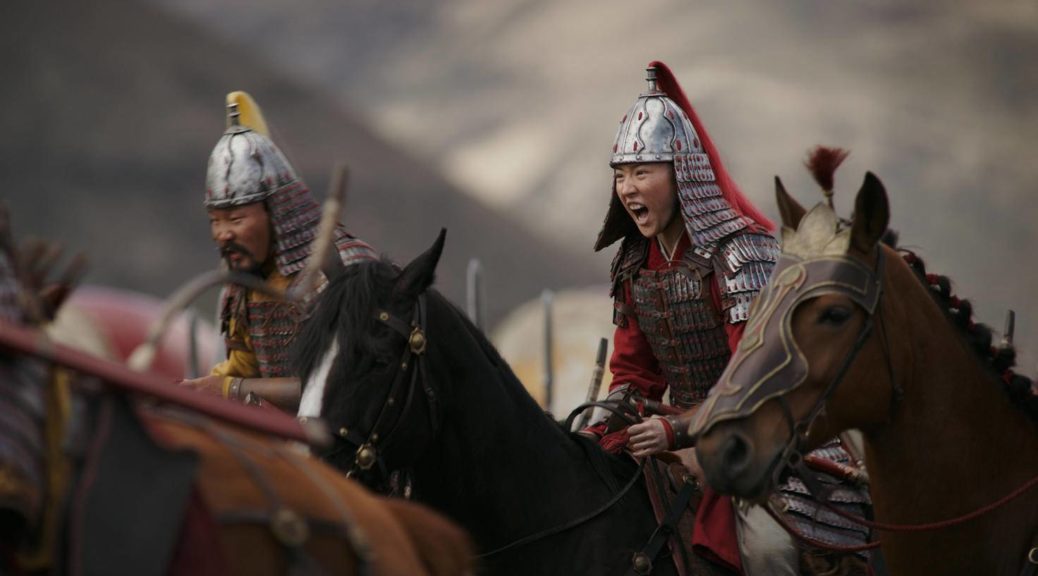 The next real-life Disney adaptation is coming: "Mulan" is supposed to revive the old Chinese legend about a fearless warrior. You can find out in our review whether it brings honor to the mouse company or should be buried by an avalanche.

A girl becomes a legendary heroine: the story

The Empire of China is threatened by northern invaders led by Böri Khan from the Rouran tribe. The support of the mighty witch Xianniang makes him almost invincible. In order to protect his people, the emperor (Jet Li) has one man withdrawn from each family to raise a huge army. Among them is the loyal war veteran Zhou. The father of two daughters has to obey the draft notice despite being injured in the war.

His eldest daughter Mulan, who, at the request of her parents, is to marry soon, cannot accept that. She takes the place of her father in male disguise and undergoes a tough training under Commandant Tung. Under the code name Hua Jun, she can finally show what she is made of – but lives in constant fear of being exposed and thus dishonoring her family. But the young woman grows beyond herself and is the salvation for the entire empire.

"Mulan" already had a special place in the 1998 version of Disney's cartoon classics. Never before has there been such a strong female heroine. Instead of being saved by Prince Charming, the Chinese takes her fate into her own hands. And not only that: Mulan is a real warrior who also asserts herself on the battlefield. Such a strong role model is made for the new millennium. And the remake skilfully builds on these strengths.

The real filming did not spoil the equipment. Image: © Disney 2019

Mulan takes up chase on the rooftops of the capital. Image: © Disney 2019

The soldiers are trained before they go into battle. Image: © Disney 2019

The real-life version does not reproduce the Disney template one-to-one. Instead, she revisits the ballad on which both films are based and brings a lot more of the cultural heritage into play than ever before. It starts with the splendid equipment, which lets you immerse yourself in the time of the Chinese Empire, and ends with references to the wuxia genre, which combines martial arts and fantasy. The latter manifests itself, for example, when Mulan appears to be floating from the roof or the invaders are weightlessly climbing up the walls.

What is also interesting about "Mulan" is that not only does the heroine free herself from classic role models, but there is also a second important female figure with ambitions. Xianniang initially corresponds to the type of the wicked witch, but gains depth through the film. At least as much as is possible in a handful of scenes. Her rather tragic story shows how brave and dutiful Mulan actually is.

Mulan wins respect without betraying her ideals, is awarded without usurping power. She comes to fruition without ultimately having to give up the love of her family. Unlike Xianniang, who took a different path to gain recognition. Disney already proceeded in a similar way with the "Aladdin" film adaptation, in which the villain Jafar is no longer a pure villain and his motives are at least understandable.

The actors, above all the wonderfully versatile Yifei Liu, are convincing across the board. The leading actress apparently effortlessly succeeds in matching Mulan's uncertainty and doubt with her strength. Especially the chemistry between her and Tzi Ma, the actor of Mulan's father, is right and will give one or the other viewer a lump in the throat. I also liked the fact that in the real-life version a love story, here with the simple soldier Honghui, is only hinted at.

The scenes with her film father are a highlight of the real film adaptation. Image: © Youtube / Disney Germany 2019

He and other characters may not be given enough time, but they help in drawing out Mulan's many facets. And that is perfectly justified. This film is clearly Mulan's stage. Jet Li fans are in for a real surprise. I did not recognize the martial arts expert dressed up as an elderly emperor. For this he is allowed to show a surprisingly agile ruler in a fight scene.

You can do it without mushu and singing

And what about the guardian spirit and the dragon Mushu, some fans may ask? He only exists as a mystical phoenix who guides the warrior when she doesn't know what to do next. The happiness grill Cri-Kree also shines with absence. But to be honest: Disney's practice of giving each of its heroines an animal sidekick – presumably primarily for marketing purposes – is already out of date. That Mulan has no animal support helps the story and shows how alone she is on her mission.

Cri-Kree and Mushu have a break in the real-life version. Image: © Facebook / WaltDisneyMulan 2016

The vocals are also missing, but they would actually not fit into the story. Nevertheless, we don't have to do without the beloved pieces like "Be a man". They are indicated instrumentally in some scenes. Enough to revive the memory of the cartoon like an old legend …

Conclusion: Victory all along the line

Disney succeeds with "Mulan" to satisfy fans of the cartoon classic, but also viewers interested in the ballad. It's refreshing that the real-life version dares to focus more on the ballad and Chinese culture instead of telling the story of the cartoon 1: 1. The danger was there, "Beauty and the Beast" and "The Lion King" are the best examples of this.

The real-life version can convey the feeling of the original with the help of talented actors and magnificent equipment. Only towards the end does the film show some lengths – and the preference for long close-ups is a matter of taste. But I was told that they are typical of Chinese film. So there is really almost nothing to complain about.