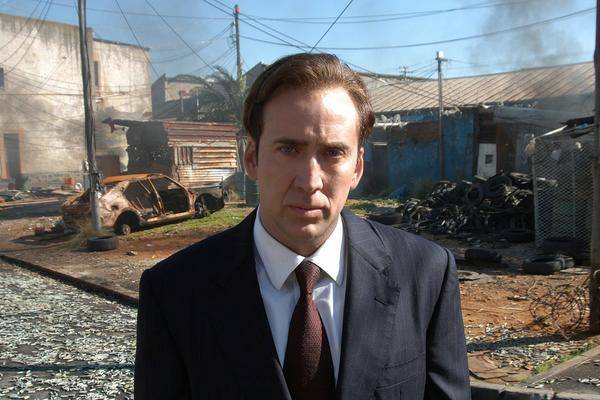 Weird roles are easy for Nicolas Cage. After the actor already took on the lead role in the planned series about Joe Exotic earlier this year, he has now signed for another TV project. For the fantasy series "Highfire" he lends his voice to a dragon that lives in the swamps of Louisiana.

Nicolas Cage will act as voice actor for the main character and producer on the series "Highfire", which is based on the novel of the same name by "Artemis Fowl" author Eoin Colfer. The TV adaptation is being developed by Amazon, reports The Hollywood Reporter .

That's what "Highfire" is all about

"Highfire" takes place in a world where dragons once ruled the earth. The dragon Lord Highfire was their leader, now he is the last of his kind. Now he calls himself Vern and hides in the swamps of Louisiana, where he gets through the day with lots of vodka and lousy cable TV. When he meets the human half-orphan Squib, however, Vern's life changes suddenly.

Nicolas Cage has his hands full

Nicolas Cage already gained experience with speaking roles with "Spider-Man: A New Universe". In the animated comic adaptation, he lent his voice to the dark Spider-Man Noir.

In addition, Nicolas Cage was recently seen in the crazy horror shocker "The Color from Space" and the bloody thriller "Mandy". In 2021 the meta-comedy "The Unbearable Weight of Massive Talent" will be released, in which Cage plays an aged film star who is supposed to investigate undercover for the CIA.