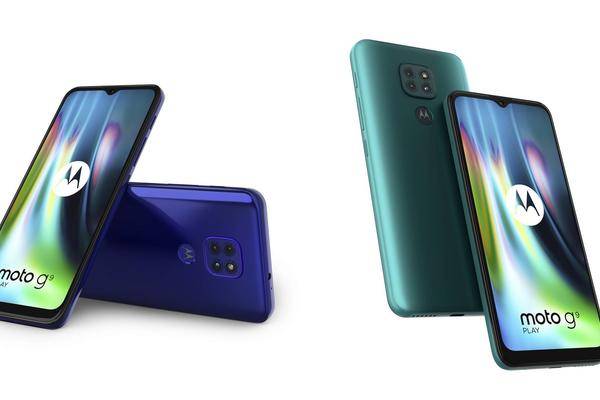 The Moto G9 Play is aimed at price-conscious customers who are looking for a particularly durable smartphone. The built-in battery is one of the most powerful in its class.

With the Moto G9 Play, Motorola is introducing the ninth generation of its Moto G series. The manufacturer officially presented the entry-level smartphone on Monday , and it is now available in this country. The biggest plus point is the large 5,000 mAh battery for at least two days of running time.

The manufacturer promises that users can stream music for 83 hours straight, watch online videos for 16 hours or surf the net for 13 hours on a single charge. These are values that we cannot check without a test, but which sound impressive at first.

The Moto G9 Play is a fairly large smartphone with a display diagonal of 6.5 inches, but the resolution of 1,600 x 720 pixels is not as high as in current mid-range devices. A Snapdragon 662 with eight cores, supported by 4 GB of RAM, provides computing power in the G9 Play. The internal memory is 64 GB and can be expanded using a microSD card.

A main camera with three lenses

The main camera of the smartphone consists of three lenses. The main lens snaps photos with 12 megapixels, whereby four pixels of a 48-megapixel sensor are added to one pixel. Videos can be recorded in full HD resolution with a maximum of 60 frames per second. There is also a macro lens and another lens for depth effects, behind each of which there is a 2 megapixel sensor. The front camera has a resolution of 8 megapixels.

According to Motorola, the operating software used is a version of Android 10 that has hardly changed. The Moto G9 Play goes on sale for an RRP of 169 euros and is available in blue and green.