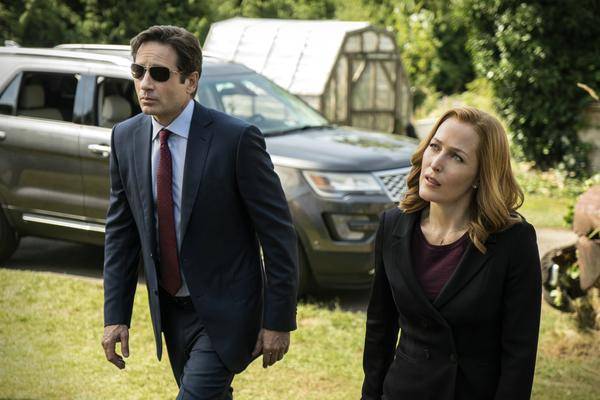 The fact that stars are forced to stay at home during the COVID crisis and cause all sorts of embarrassments in front of the home camera is nothing new. Now the cast of "The X-Files" has teamed up to sing the theme song together – even with lyrics!

"Deep conspiracies … unsolved mysteries …" The self-made karaoke version recorded by the actors of "The X-Files" also has text for the first time. Not only is this a fun promotion for fans of the legendary mystery series, it also serves a good cause.

Karaoke for a better world

The video campaign was an idea by series producer Frank Spotnitz. He wanted to draw attention to the non-profit organization "World Central Kitchen", which supplies the needy with hot meals. A way to donate at the push of a button is of course built into the video.

And where do the lyrics of the well-known textless theme melody come from? They came up with two women as part of a small competition, Jennifer Large and Rebecca McDonald. And now they are definitely looking forward to hearing their lyrical outpourings sung more or less well into the microphone or humming – and that from the original cast of "The X Files".

"The X-Files" entered its eleventh season in 2018. But now it should finally be over, because the continuation of the legendary mystery series, which made its debut in 1993, was only moderately well received by the fans. The producing broadcaster FOX has not yet announced any plans to bring "The X-Files" out of the woods one more time. With that the chapter "The X-Files" should finally be finished – until the inevitable reboot. Wanna bet …?