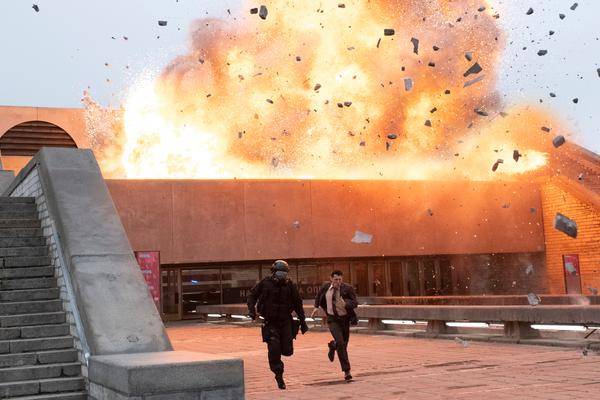 "Tenet", the much anticipated new film by Christopher Nolan, will start in the cinema on August 27th. Now the final trailer is finally out. Fasten your seat belt.

It's THE cinema event this year: Christopher Nolan is bringing a new film to the cinema – despite Pandora. A final trailer for "Tenet" is supposed to attract attention again and (hopefully) drive the film-fevered fans to the cinema in droves. And the chances for this are excellent.

Time is running forward. And backwards.

We don't have exact details about the story of "Tenet", but the actual story hook is typically Christopher Nolan: John David Washington plays the nameless protagonist who is supposed to prevent World War III in the opaque world of espionage. And pistol bullets fly backwards. Welcome to Christopher Nolan.

By the way, a few critics have already seen "Tenet". The science fiction thriller is currently at 79% on the Rotten Tomatoes rating portal – so they like it, but are not completely enthusiastic. Above all, a certain human component would be missing, one reads again and again in the reviews. An accusation that the cool perfectionist Christopher Nolan has to listen to again and again.

"Tenet" starts in our cinema on August 27th. A calculated risk of the Warner Bros. distributor because, on the one hand, cinemas cannot yet play at full capacity – Corona continues to prevent completely sold out cinemas. On the other hand, there is currently no real competition for the potential blockbuster. We will only see whether the risky game will work after the cinema release, when the first box-office figures come in. We stay on the ball.