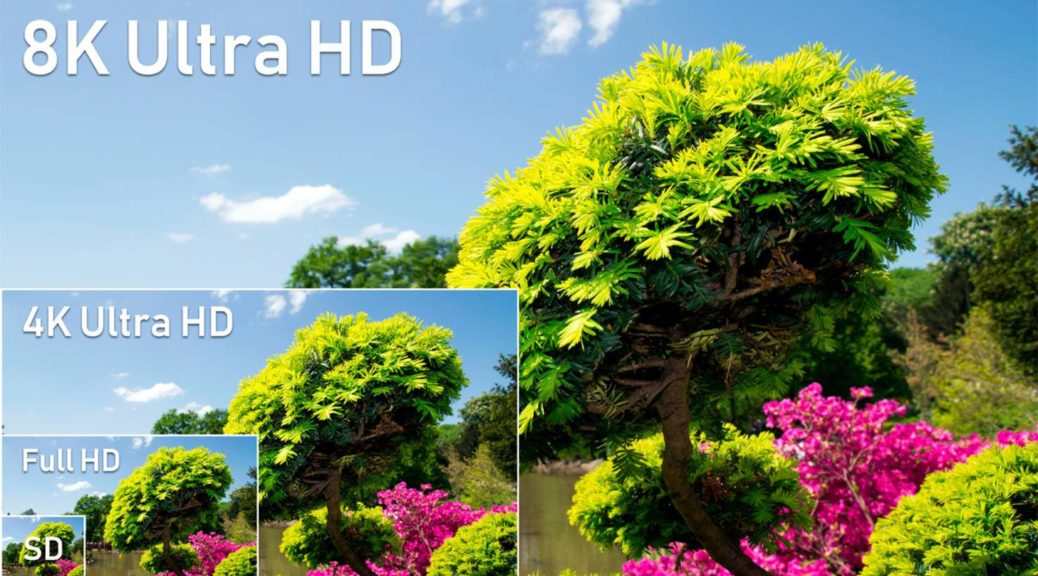 At some point, 8K televisions will displace SD, Full HD and 4K Ultra HD models from living rooms. That may take a moment – but if you want to be right at the front, you should take a look at our top list with four recommended 8K models of 2020.

No question about it: with a 4K UHD television you are still fully up to date. Nevertheless, there is a fascination with 8K televisions – after all, there are now the first models from major manufacturers such as Samsung, Sony and LG. They promise even more: more pixels and usually a larger screen size. 8K resolution corresponds to 7,680 x 4,320 pixels or almost 33 million individual pixels.

However, there is one thing you should be clear about if you are interested in an 8K TV: At the moment there is still little content available in native 8K resolution. Therefore, you should pay attention to the upscaling qualities when buying an 8K TV. Future-proof connections are also relevant. Otherwise, the same purchase criteria as with 4K televisions play a role – color rendering, contrast, sharpness, etc. should be right for you. In the following we introduce you to four different models from well-known manufacturers.

Samsung Q950: The jewel for the living room

With the Samsung Q950, not only the TV picture is an eye-catcher. The Samsung 8K TV has the most appealing design of any device on this list, with minimal display bezels that are completely unnoticeable. Especially when mounted on the wall, the TV with its infinity screen fits harmoniously into the living room – despite its size. At 15 millimeters, the QLED TV is almost as thin as an OLED TV and probably offers the best picture among the non-OLED models. The upscaling is convincing, even SD and HD content can be viewed well on the 8K television. Samsung's adaptive image technology automatically adjusts the image settings based on the ambient light, and the operating system is one of the best with a wide range of apps.

The only points of criticism are that the color reproduction is not always consistent and the video processing is weaker than that of the best and most expensive 8K televisions on the market. The model from 2019 with slightly clearer display edges offers a cheaper entry into the 8K world.

The KD-85ZG9 is Sony's first 8K television – and it's quite impressive. The color rendering is just as impressive as the performance and upscaling. Responsible for this are among other things Sony's powerful X1-Ultimate-Chip and the 8K-X-Reality-Pro-Technologie. These make HD content appear natural even when upscaled to 8K. The sound of the television is just as convincing, with four sets of three forward-facing speakers and four subwoofers. The user interface may not be as intuitive to use as the Samsung model, but the selection of apps is impressive. The Sony device also supports the Google Assistant and Alexa voice commands.

In addition to the not quite as appealing design as the Samsung Q950, we also count the price among the criticisms. While the 85-inch version could still pass as affordable for one or the other, the 98-inch gem costs as much as an expensive mid-range car. In addition, the television uses Sony's LED technology with backlighting, which does not quite come close to the quality of OLED.

The 8K television from LG's Signature series also falls into the "Buy a television instead of a car" category. After all, the 77-inch version is available for the price of a compact car, but the almost 30,000 euros for the 88-inch OLED TV probably exceeds most budgets by far. However, there is hardly a device that offers a sharper and better picture than such an OLED television with 8K resolution. In terms of viewing angles and the reproduction of real black, no other TV can beat this model. The upscaling technology in this LG model is now in its third generation and ensures that the additional pixels are not a wasted investment. The design is also consistent. If you can afford it, the LG ZX9 is probably the best 8K television of 2020.

On the other hand, the Samsung Q800 is a real price-performance recommendation. This 65-inch Samsung 8K TV is still more expensive than the most expensive 4K TVs of its size – but you will hardly find cheaper 8K TVs in 2020. A device with this resolution should not be smaller than 65 inches, otherwise 8K does not have any advantage over 4K. The image quality of the Samsung Q800 is almost as good as that of the Q950, as the two models share many technologies, including the chip and the feature for adaptive image adjustment. The design of the television is also based on the higher-priced model, the display edges are similarly narrow. As with the Sony television, an LED panel with backlighting is used. So you shouldn't expect the viewing angle stability and the black display of an OLED TV.

Looking for a new television?

In view of the still rare 8K content, are you satisfied with less resolution? Then you might find something in one of these lists: