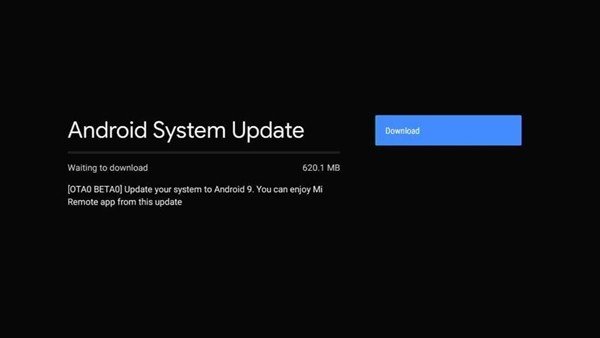 With almost four years behind it, the Xiaomi Mi Box 3 continues to be present in many homes. Even so, Xiaomi has had something abandoned to this TV Box, being now when Android 9 Pie has begun to be deployed .

In detail, this new update has ended up arriving after years of neglect by Xiaomi since to date the Xiaomi Mi Box 3 only had Android 8.1 Oreo.

Of course, it is not a stable update far from it, specifically this update to Android 9 Pie for the Xiaomi Mi Box 3 arrives in beta format , occupying a quite large size ( 620.1MB ), mainly due to the news of the latest version of this system for televisions and TV Boxs.

At the moment it is unknown when the stable version could come out, and it is very likely that it will take a few months until we get to see it arrive at the Xiaomi Mi Box 3, as it happened with the Xiaomi Mi Box S at the time.