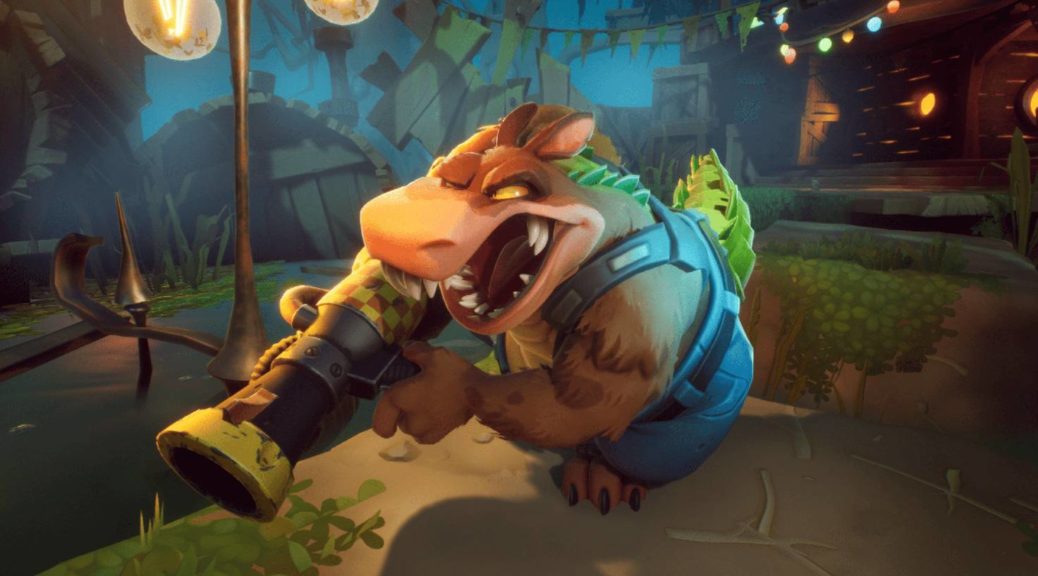 Sony is holding a new state-of-play event and surprisingly comes up with news about "Crash Bandicoot 4". And there are no small things that fans expect in the new game, as a new video shows!

The biggest innovation: In "Crash Bandicoot 4" you will not only see Crash, Coco and Dr. Neo Cortex can play, but also dingodiles. In the video, his main ability is shown to the best: he sucks his way through the different levels with his portable vacuum cleaner.

In the official description (via Eurogamer ) it sounds so contemplative: "After 'Crash Bandicoot: Warped', Dingodile quit his flame rocket launcher combo and turned his back on life as a villain." But that's it with peace, joy, pancakes: "But now he's back because he still has a job to do: He has reached another dimension through space and time, where his adventure begins to find home again. "

Whether Wumpa fruits or boxes: Dingodile sucks everything away!

In addition, the familiar "Crash Bandicoot" feeling has been expanded to include a new game mode called N. Verted. These are the known levels, but in a mirrored form. The look is also significantly different – and instead of wumpa fruits, Crash collects bumpa berries, for example.

The Activision studio Beenox is responsible for the new design of the levels. There are new perspectives, new sound effects and new music.

This is what Crash Bandicoot looks like in N. Verted mode.

The video also shows that you can unlock several new skins. However, these are initially subject to a temporal exclusivity as a result of a deal between Activision and Sony: "Initially only for the PlayStation there are two additional skin sets for Crash and Coco, which players automatically receive as soon as they have completed the second level and access to the dimension map These skins will not be available for other platforms until December 31, 2021. "

Are you even more interested in "Crash Bandicoot 4: It's About Time"? The game will be released on October 2, 2020 for PlayStation 4 and Xbox One.