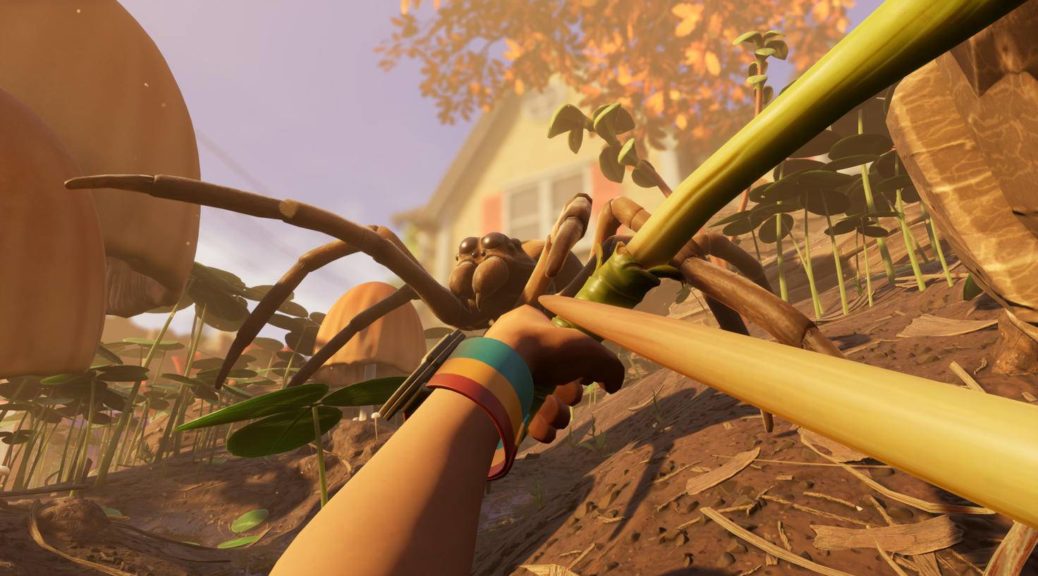 Spiders are your worst nightmare in "Grounded". A lot of preparation is necessary so that you have a chance to kill the eight-legged friends. You can read tips and tricks for the fight against the aggressive fiends here.

A huge chunk of life energy, far too many legs and enough strength to defeat you with an attack – spiders are not cuddly toys in "Grounded". If you want to achieve something in the survival game, you need a strategy against the beasts. Ideally, this consists of one thing: keep your distance.

Preparation: build a bow and arrow

In close combat you have little chance against spiders. So first build a bow and plenty of arrows. You unlock the recipe for the simplest bow ("Sprig Bow") by killing a mosquito ("Gnat") and collecting its remains ("Gnat Fuzz"). This will automatically unlock the blueprint. Now you can build the bow in the craft menu from the following raw materials:

You can get the recipe for woven fiber by researching Plant Fiber in the analysis tent. Then you create a unit of woven fiber from 3 x plant fiber.

In "Grounded" there should always be a taut bow between you and a spider.

Now you need arrows. Collect the red fur from mites ("Mite Fuzz") or needles ("Thistle Needle") from a thistle (e.g. south of the Mysterious Machine) and analyze one of the resources in the analysis tent. Now you get the instructions for simple arrows that you craft from the following resources:

Do you have the bow and plenty of arrows? Then go on a spider hunt!

Spiders cause panic and discomfort in you? "Grounded" has a solution! In the game's options, you can use a slider to set how "spider-like" the critters should look. Instead of fighting nasty eight-legged friends, you only fight cute blobs with googly eyes at the highest level. But be careful: They look less bad, but are still dangerous – the setting only changes the appearance of the spiders.

Spiders are strong, but not the brightest. No, not quite right: It is not the spiders, rather the artificial intelligence in "Grounded" is not too smart. That's why you can easily lure and trick beetles of all kinds and spiders in order to defeat them safely – at least in the current early-access version of the game (as of August 2020).

The following strategies are effective in the fight against spiders: