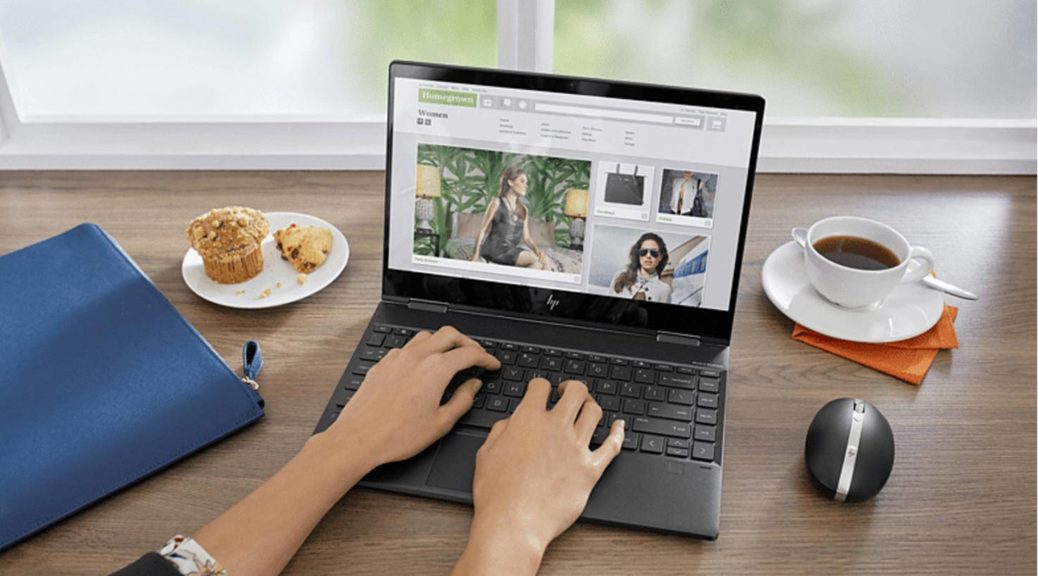 The Microsoft Surface Pro 7 is currently one of the best 2-in-1 laptops on the market. However, there are also some strong Surface alternatives that cost less, offer more performance, are more portable, or the like. We present seven of these Surface Pro alternatives.

Convertibles are particularly popular because of their versatility: Both laptops that can be used as tablets and tablets that can be turned into a laptop using the keyboard are extremely practical for many purposes. One of the best known representatives of this category and at the same time one of the best Windows tablets currently on the market is the Microsoft Surface Pro – currently the Surface Pro 7.

However, the Microsoft model is not perfect. While the starting price of 839 euros still seems relatively attractive, the price increases with more equipment to up to 2,275 euros. That's not the only reason why some are looking for a surface alternative. There are also 2-in-1 devices that are more portable, offer more battery life or score with better accessories. The Surface Pen and the Type Cover from Microsoft can convince in terms of functionality. However, they are not included and make the full Surface Pro experience even more expensive.

The HP Envy x360 can also be used as a tablet thanks to its 360-degree hinge.

The 13.3-inch version of the HP Envy x360 in particular is a real Surface Pro alternative. The keyboard of the convertible cannot be removed like the Microsoft model. Thanks to the 360-degree hinge, the 2-in-1 device is also extremely flexible and equipped for tablet use. The full HD display can optionally be operated with a stylus, the HP Tilt Pen. Unlike the Microsoft Type Cover, the full-size keyboard also comes with a number pad.

In addition to a USB Type-C port, the HP Envy x360 has two USB-A ports, HDMI 2.0, AC Smart Pin and a combined headphone-microphone port. The storage space can be expanded using an SD or microSD card. According to the manufacturer, the battery lasts up to 11 hours. The smallest version of the Envy x360 with AMD Ryzen 3500U processor, 8 GB RAM and 512 GB SSD is a little cheaper to buy than the Surface Pro 7 entry-level version.

Prices: start at around 780 euros

The Specter x360 is as flexible as the Envy x360, but offers more performance.

The HP Specter x360 is yet another upgrade to the Envy x360. The 2-in-1 notebook is just as flexible with a 360-degree hinge and touchscreen, but is even stronger in terms of features. Intel Core processors of the 10th generation (i5 or i7) with 8 or 16 GB DDR4 RAM work inside. The internal memory holds either 256 GB, 512 GB or 1 TB. In addition to a variant with a full HD screen, there is also a model with a 4K display. The housing is made entirely of metal. The manufacturer specifies the battery life with up to 22 hours, with video playback it is up to 20 hours. The best-equipped versions with a 4K display, like the strongest Surface Pro versions, cost more than 2,000 euros.

Another Microsoft Surface alternative is the Lenovo Yoga C940. With its at least 14-inch display, it is somewhat larger than the Microsoft convertible. But thanks to the 360-degree hinge, which also functions as a sound bar, the 2-in-1 can also be used as a tablet. Unlike the HP models, the stylus is already included in the scope of delivery and can be stored in the laptop's housing. The Yoga C940 is available in 14 or 15 inches, with Full HD or 4K display, 10th generation Intel Core i5 or i7 processors, up to 16 GB DDR4 RAM and up to 1 TB hard disk space . In addition to a USB-A port, there are two USB-C slots and a headphone-microphone combo port. The battery life is up to 17.8 hours for the Full HD models and up to 10.5 hours for the 4K versions.

The Lenovo Miix 520 is one of the convertible lightweights at 880 grams. The tablet with a 12.2-inch full HD display can be turned into a laptop using the keyboard. The stand of the device can be continuously adjusted up to 150 degrees, the touchscreen can be operated with the Lenovo Active Pen 2 if desired. Inside are 8th generation Intel Core processors with up to 16 GB of RAM. The internal storage holds up to 1 TB. The tablet comes with a USB-A and a USB-C connection, an audio combo connection and a MicroSD slot. As a mobile device, it is also characterized by the micro-SIM slot. According to the manufacturer, the battery can take up to 7.5 hours of video playback.

Prices: start at around 700 euros

The Dell XPS 13 2-in-1 laptop is one of the strongest Surface Pro alternatives currently available. When closed, the device measures just 13 millimeters at its thickest point. It houses 10th generation Intel Core processors, up to 32 GB of RAM and up to 1 TB of hard disk space. The 13.4-inch HDR touch display with a 16:10 aspect ratio is optionally available with a UHD + resolution of 3,840 x 2,400 pixels. The Dell stylus can be magnetically attached to the case, but is not included. According to the manufacturer, the battery lasts up to 17 hours with the Full HD + model and a good 10 hours with the 4K version. The Dell convertible comes with two Thunderbolt 3 ports, a combo port for headphones and a microphone, and a microSD slot.

The Samsung Galaxy Book Flex is available with a 13.3 or 15.6 inch display.

Samsung can not only Android. The Galaxy Book Flex with Windows 10 is a real Surface Pro alternative thanks to its 360-degree display. The convertible is optionally available with a 13.3 or 15.6 inch QLED touch display with Full HD resolution. The S Pen is integrated in the housing and is not only used for painting and writing on the display. It can also be used as a Bluetooth remote control for the laptop. Another special feature is the wireless PowerShare function of the touchpad, which charges smartphones or wearables wirelessly. An Intel Core i7 with 16 GB RAM works inside, the internal memory holds 512 GB and can be expanded with a microSD card. The Galaxy Book Flex comes with two Thunderbolt 3 ports, one USB-C and one audio combo port. According to Samsung, the 2-in-1 device only needs to be charged once a day.

The Surface Go 2 is the in-house low-budget alternative to the Surface Pro.

If you don't want to spend so much money on the Surface Pro and are willing to cut back on performance, you can take a closer look at the Microsoft Surface Go 2. The 2-in-1 device shares some strengths with its big brother – above all the slim form factor, the high-quality workmanship and the great accessories in the form of surface pen and type cover (both not included). The entry-level model, however, has to be satisfied with an Intel Pentium 4425Y processor, depending on the variant with 4 or 8 GB RAM. Alternatively, there is a model with an Intel Core m3 processor. The internal memory holds either 64 or 128 GB. In addition to two WLAN versions, Microsoft also offers an LTE version. The battery life is specified up to 10 hours.

Prices: start at around 460 euros