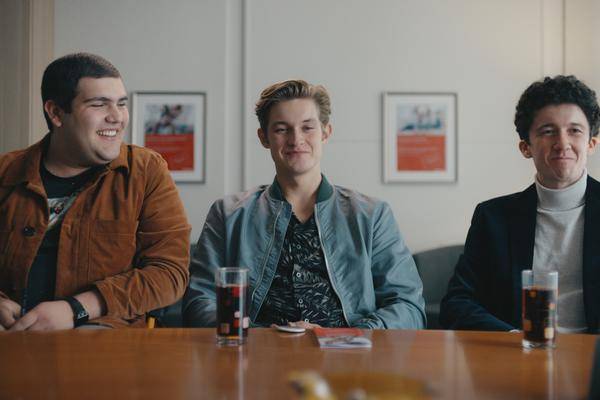 Season 2 of "how to sell drugs online (fast)" only started on Netflix a few days ago, when the streaming service announced that a third season had already been ordered.

Even more: According to the press release, production has already started. Season 3 is currently being filmed in and around Cologne.

The regular cast is there again

In the third season "how to sell drugs online (almost)" the main actors are of course back: Maximilian Mundt returns as Moritz, Danilo Kamperidis we see again as Lenny and Damian Hardung takes on the role of Dan again. There is also a reunion with Lena Klenke as Lisa, as well as with Lena Urzendowsky as Kira.

There is also a new addition: Langston Uibel joins the cast in season 3. However, it is not yet known who he will play. However, he is not a newcomer when it comes to acting: He has already appeared in the Netflix productions "Dogs of Berlin" and "Unorthodox". He was also part of the film "Isi & Ossi".

When will it continue?

It is still unclear when exactly season 3 is expected on Netflix. Since the shooting is already in full swing, the start should not be too far away. For a full year, we shouldn't have to wait for new stories about the three chaots Moritz, Lenny and Dan.