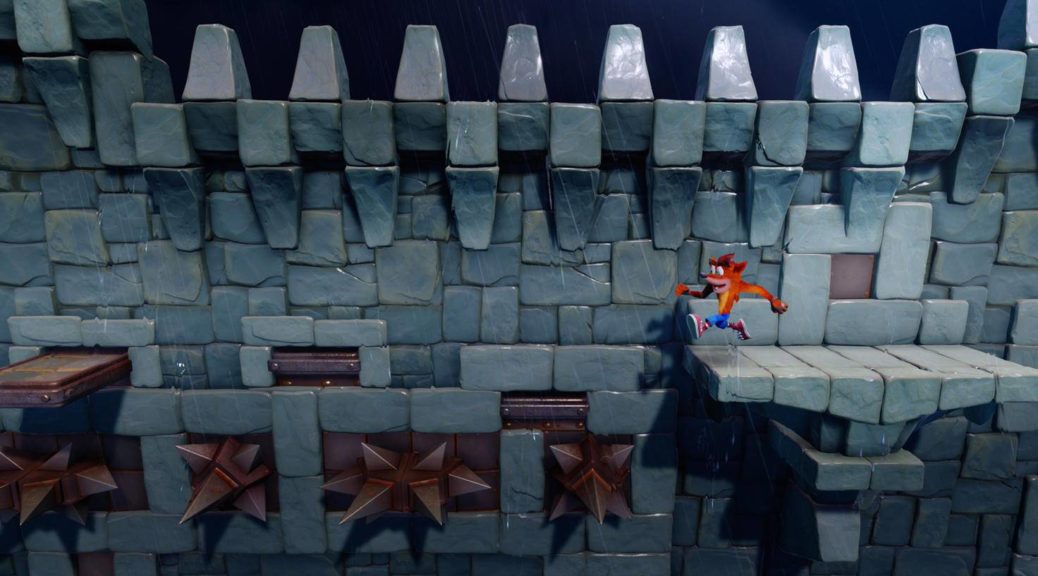 As the saying goes: Old love doesn't rust! Even after almost 22 years of relationship break – because that's how long the last really new "Crash Bandicoot" adventure was – the cheeky bag badger is taking my heart by storm again. The reason: "Crash Bandicoot 4: It's About Time" is a new part of the Jump'n'Run series.

"It's about time" – you can say that: It was really time! Since it became known that "Crash Bandicoot 4" is coming out, I can hardly wait for October 2nd. But can another crash adventure tie in with the success of its iconic predecessors? I think: definitely!

The reason for me is obvious: "It's About Time" is directly linked to part three from 1998. All the games that have appeared since "Crash Bandicoot 3: Warped" and until "Nitro Kart 2" in 2010 can be safely excluded. Which suits me, because none of them really convinced me – with the exception of "Crash Team Racing" .

I still own the "Crash Bandicoot" trilogy – of course in the typical shell of the PS1 games. They probably no longer have any value, at least no material value. But you have accompanied me throughout my childhood and youth. I blocked the TV and PlayStation 1 for hours and struggled at the different levels. The two levels "The High Road" and "Slippery Climb" took my nerve off in the first part. Maybe you still remember: The first "crash" game was not saved after every level! When I go game over ascending the castle, I start again at the beginning of the fog bridge. Corrosive! But good for athletic ambition.

I would have liked to smash the controller against the wall more than once!

As before, please. Only more beautiful!

I can do without this "feature" in "Crash Bandicoot 4": Saving after a level has its advantages. But I feel like embarking on new adventures with the swirling bag badge. After all, there are over 100 brand new levels, which, according to the trailer, evoke memories of the first three parts. And that's exactly what I want! Spinning around a bit, collecting apples, knocking out opponents, finding secret passages, riding on polar bears or whatever – just experience all of that from before. Just a bit more pimped up graphically.

Yes, Neo Cortex is also back. This time you can even play it yourself.

We won't get around Doctor N. Gin either …

So it's perfectly okay to add a few new skills to Crash's classic platforming gameplay. With the help of four new masks, Crash and his sister Coco (who you can play again this time) master new skills. You can overcome difficult obstacles more easily by slowing down time or bypassing dangerous objects by manipulating gravity.

Back then, this balancing act was also accomplished by "Crash Bandicoot 3: Warped". With the Bazooka, the bag badge got a new ability, but without getting rid of the usual gameplay.

Run on the ceiling? Check!

How to slide a pro along long branches? Check!

So Activision, don't disappoint me! I'm putting big bets on "Crash Bandicoot 4: It's About Time" and hope that 22 years of waiting have paid off. I feel like it! I'm hot! And I will maybe run through the first three games as a remaster in preparation to be prepared for the marathon that is ahead of me with part four.

"Crash Bandicoot 4: It's About Time" will be released on October 2, 2020 for PlayStation 4 and Xbox One.