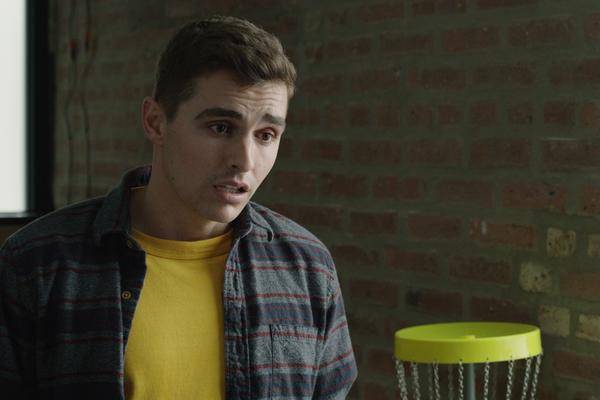 "Play That Funky Music": The life of white rapper Vanilla Ice is filmed under the title "To the Extreme". Dave Franco takes the lead in the film biography of the ups and downs in the life of the 90s star.

The "The Incredible" star is currently preparing for the part, as Insider reports. "The film has been in development for a while, but we're slowly but surely approaching pre-production," said Franco in an interview with the newsoutlet.

Robert Van Winkle aka Vanilla Ice divides minds. In the early 1990s he was one of the most successful rappers of his time and stormed the charts with hits like "Ice, Ice, Baby" and "Play that Funky Music" from his debut album "To the Extreme". The album has sold 15 million copies worldwide and has achieved seven times platinum status. However, Vanilla Ice lost credibility by misrepresenting his past and was mocked by colleagues like Eminem. He couldn't repeat the success of his debut.

The film biography is supposed to trace his life as a high school dropout who sold cars in Dallas to star fame with his first single "Ice Ice Baby". The focus is on how he deals with the sudden hustle and bustle about himself and attempts at blackmail.

"To The Extreme" on the trail of "The Disaster Artist"?

In preparation for the role, Franco has already phoned Vanilla Ice. "Rob is such a nice and smart guy and he was super helpful in getting all the details right and providing us with information that the public doesn't know," enthuses the actor.

Franco imagines "The Extreme" similar to "The Disaster Artist", in which his brother James Franco embodied the unsuccessful filmmaker Tommy Wiseau. "With the film, people were expecting a comedy in which we were making fun of Tommy Wiseau. But the more real we played it, the funnier and more sincere the film was. That’s what I thought of the tonality for 'The Extreme' Wishes."

So far there is no start of filming the film biography.